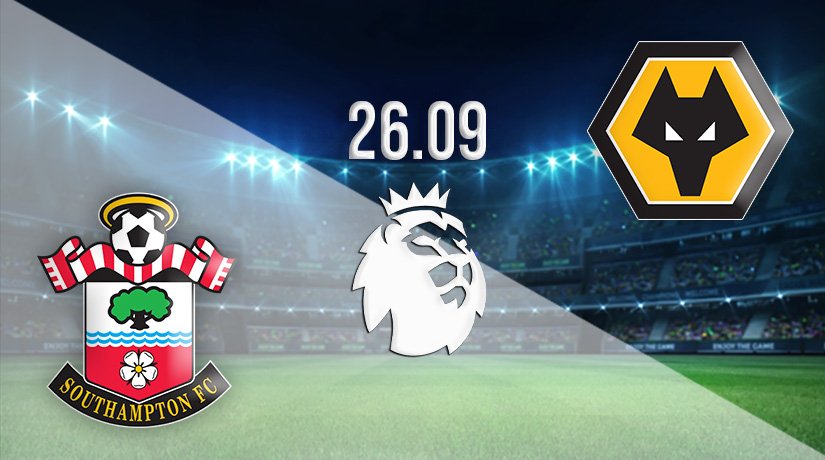 Sunday action in the Premier League gets underway with a fixture from St Mary’s, as Southampton host Wolverhampton Wanderers.

Southampton and Wolves are still waiting to hit their purple patch of form, as they have won one game between them so far this season. The Saints are the side involved in this fixture that are yet to pick up a victory in the Premier League, but they do come into the game one point ahead of Wolves. Southampton have drawn on four occasions at the start of the new season, which includes their credible draw against Manchester City last weekend. The Saints may have believed that they could have taken a win from that fixture, as they should have had a penalty in the second half. There was midweek drama for the Saints too, as they managed to get through a third round tie in the EFL Cup against Sheffield United. Ibrahima Diallo and Mohammed Salisu scored in the 2-2 draw, before Southampton came out on top after penalties.

Wolves haven’t managed to find their form so far this season, and defeat on Sunday could see them end the weekend in the relegation places. They have won once this season, with that victory coming against Watford in their last game on the road. However, they were brushed aside last weekend, as Brentford won 2-0 in the Black Country. That defeat was the fourth that they have suffered in the top-flight this season, and means that they have now conceded five goals. Wolves are also among the lowest scorers in the league this season, having scored just two goals. They played out a 2-2 draw against Tottenham in the League Cup in midweek, but Spurs managed to get through as they won on penalties.

Southampton vs Wolves Head to Head

Wolves have had a very good record against the Saints since returning to the Premier League. They have won three of the six fixtures between the sides in the league, with the only defeat that they have suffered coming at St Mary’s in April 2019.

Southampton are the preference to get the three points this weekend, as their performances have been improving over recent months. They have shown some fine attacking displays in their last two games, and should just about get over the line for a first win of the season this weekend.

Make sure to bet on Southampton vs Wolves with 22Bet!