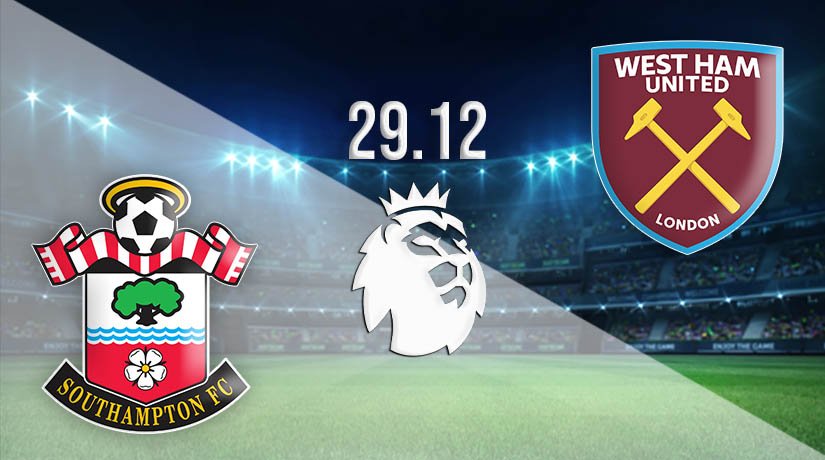 Tuesday brings a busy round of fixtures from the English Premier League as the festive period games continue to come at us thick and fast. Five matches are scheduled to be played with kick-off times staggered between 18:00 and 20:00. On this page, we focus on St Mary’s Stadium where Southampton and West Ham dispute three points.

Southampton fans have endured a mixed bag of results so far this season with the team taking them on memorable highs followed by crushing lows. The Saints started this week ninth in the table with their form reading seven wins, four draws and four defeats. The home team have scored 25 goals but conceded 19. Interestingly, they have a better defensive record than league leaders and champions Liverpool who have conceded 20.

Despite their form, Saints are winless in their last three games, drawing two and losing one in that spell. They were beaten 1-0 at home by Man City earlier this month despite a battling performance and were last seen in action on Boxing Day when stumbling to a goalless finish in London against lowly Fulham, a team they were expected to beat with ease.

Hammers at a crossroads

West Ham are one place lower than their hosts in 10th spot with six wins, four draws and five defeats. The 22 points gained means an away win here would move them above Southampton, but the London club are just one point better than Wolves in the bottom half of the division. With their campaign at a crossroads, it’ll be interesting to see where West Ham go from here.

The visitors have won only one of their last five league games, that spell made up of two draws and a pair of defeats. They held on for a share of the spoils against Brighton at the London Stadium on 27 December, fighting out a dramatic 2-2 finish with their goals scored by Johnson and Soucek. The Hammers fought back from 2-1 down that day.

There is little between these sides in the league table and on the stats. That suggests this will be a hard-fought 90 minutes with both teams confident they can go and win the points. Saints have the home advantage, but Hammers are tough to break down.

Make sure to bet on Southampton vs West Ham with 22Bet!