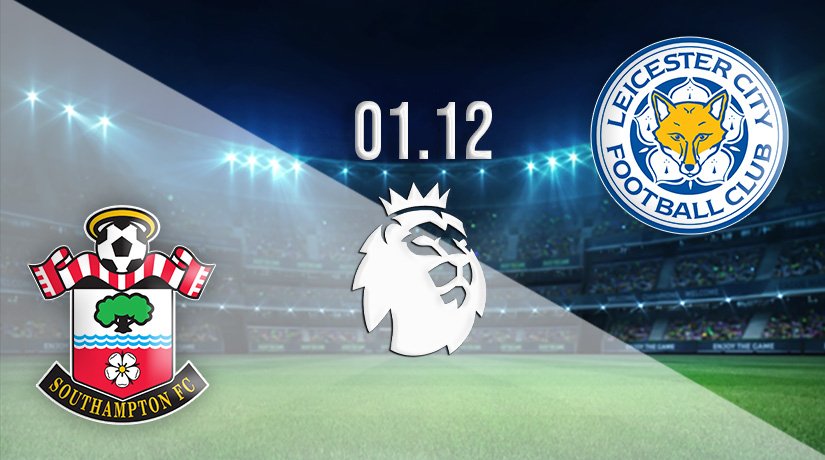 Southampton are moving towards the relegation places at present, and they will be looking to end a two-game run without victory this week. Leicester City climbed the standings with a first win in three, and could move into the top six with a win this week.

Southampton will once again be fighting to stay in the Premier League this season, as they sit just five points outside of the relegation places. The Saints lost for the second straight game at the weekend, as they were easily beaten by Liverpool at Anfield. Ralph Hassenhuttl was aware that his side had a huge challenge to come away from that game with anything, but their chances were effectively over at the break as they trailed 3-0.

Southampton have still been fairly competitive this season, and have won three times and drawn five. Only Brighton and Palace have picked up more draws at this stage of the campaign. However, Saturday’s defeat against Liverpool was their fifth of the season, and they remain among the lowest scorers in the league this term. Only Norwich City have scored fewer goals than the Saints after 13 rounds of fixtures.

Leicester look to be back in form, as they beat Watford on Sunday afternoon. It was a strong showing by the Foxes, which has eased the pressure on Brendan Rodgers slightly. The Foxes had gone three without a victory before that win, which included two defeats.

However, on Sunday, they looked to be much improved in the final third of the pitch. James Maddison’s return to the starting eleven was an inspired move, as he scored the opener, before setting one up for Jamie Vardy. Vardy ended the win with a brace, while Ademola Lookman also scored the fourth in the win.

Southampton will still remember the 9-0 defeat that they suffered at home against Leicester in October 2019. However, since then, they have won once, drew once and lost once in the last three. Last season’s game at St Mary’s ended in a 1-1 draw in April.

Southampton will need a response after defeats in their last two. However, Leicester looked back to their best on Sunday, and confidence should be high. It may not be a 9-0 scoreline, but the Foxes should take the points with a comfortable success on the south coast.

Make sure to bet on Southampton vs Leicester City with 22Bet!