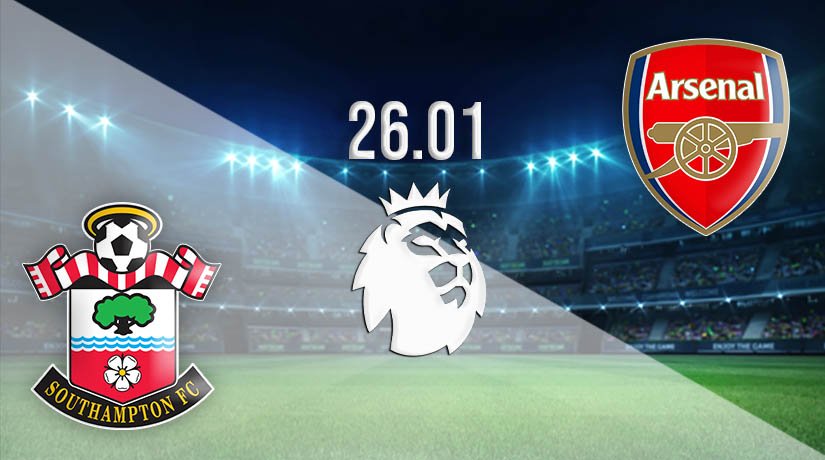 For the second time in less than a week, Arsenal will be coming up against Southampton. Mikel Arteta’s side will be hoping for a better result against the Saints in the Premier League, as they were knocked out of the FA Cup by the same opponent last time out.

Mikel Arteta would have been pleased with his side’s performances over recent weeks in the Premier League. The Gunners have gone five without defeat in the league, and have won four times during that run of form. However, a stain has been put on that recent record recently, as they were knocked out of the FA Cup at the weekend by Southampton. That performance was unlike the Arsenal performances that we have seen over recent weeks, as they struggled to create many clear cut opportunities. There will be added pressure on the Gunners in this league game, as they could move up to eighth with a win. However, they will be coming up against a Southampton side that have enjoyed an excellent season to this point.

The Saints enjoyed an excellent first half to the season, and there was talk that they could be about to emerge as a contender for a Europa League place. However, Southampton have struggled to win game in their last six league outings, as they have won just once. That victory came against Liverpool, with Danny Ings scoring the only goal of the game. They lost their last league game against Leicester City. They will be refocusing on the league this week, after both of their previous fixtures have come in the FA Cup. The Saints beat Shrewsbury 2-0 last Tuesday, before knocking Arsenal out of the cup with a 1-0 win at the weekend. A Gabriel own goal was enough to book Southampton’s place in the next round.

Southampton vs Arsenal Head To Head

Southampton’s win against Arsenal in the FA Cup was their first win against the Gunners in four meetings. Arsenal had won two of the previous four before the cup fixture. However, the most recent league meeting ended in a 1-1 draw in December.

The Gunners have been excellent in their last five league games, but this will be their most testing assignment during that run. There should be goals in this game, but we expect the sides to play out a draw.