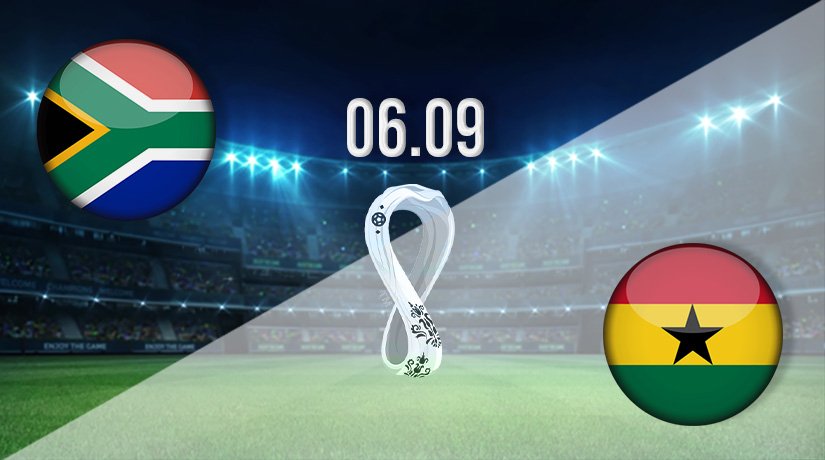 The meeting of two African heavyweights takes place in Group G in World Cup qualification on Monday afternoon, as South Africa play host for the visit of Ghana. But, which nation will take control of the group?

It is hard to separate these two nations, and that will be the challenge throughout qualification, as only one of them will be back to reach the World Cup finals in Qatar next winter. South Africa and Ghana have both qualified for recent finals, which means their appetite will be strong to achieve that goal once again, and both have been in steady form over the past couple of months. Ghana have endured more struggles than South Africa, as they have won just once in their last five international fixtures. Furthermore, they have failed to score in their last two, which included a 0-0 draw against the Ivory Coast back in June. Still, they have proven quality throughout their squad, and could click into gear during qualification with the World Cup finals in their sights.

South Africa’s confidence should be pretty high coming into the qualification campaign, as they were crowned winners of the COSAFA Cup back at the end of July. They have lost just one international fixture since the end of March, with that defeat coming in the form of a shock 2-0 loss against Sudan back in the same month. However, since then, they have gone into another gear, and never looked in danger of not playing to their best level throughout the COSAFA Cup. South Africa scored nine goals in the six games that they played in that competition, but they did need a penalty shootout in the final to see off Senegal.

As you would imagine, the head to head record between these nations is tight. South Africa and Ghana have both recorded four wins apiece in the 14 meetings between the nations. However, South Africa haven’t recorded a win since 2010 against Ghana, which was one of their first fixtures following their home World Cup. Three of the last four have ended in draws.

Both sides will be targeting top spot in this group, and that could make this fixture a very tight one. It is hard to separate the sides, and both nations may believe that a draw is a positive result going forward.

Make sure to bet on South Africa vs Ghana with 22Bet!