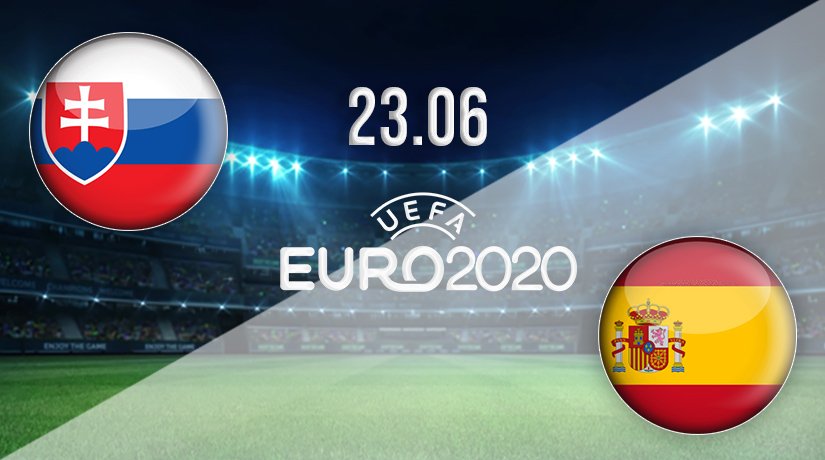 The final round of games in Group E take place on Wednesday evening, as Spain will continue their search for a first win at EURO 2020. Only a victory could keep their hopes of a top spot finish alive.

It has been a disappointing group stage campaign for Spain, as they are yet to win a game at EURO 2020. That means that their position in the next round of the competition isn’t assured, and they will need to get a positive result in their final game against Slovakia. They have drawn both of the two games that they have played to this point.

Their first draw came against Sweden on the opening night. Despite having over 80% of the possession, they failed to create a single clear cut opportunity in the 90 minutes. They finally scored their first goal at the tournament against Poland, as Alvaro Morata silenced his doubters. However, they allowed the Poles back into the game. Spain missed a glorious opportunity from the spot to take the points, but Gerard Moreno saw his penalty saved.

Slovakia are the side that holds the narrow advantage coming into the final round of group E games, as a draw or win would see them finish in second place in the group. They got off to the perfect start with a victory against Poland. However, they were forced to wait to the final day of the group after defeat in their second game against Sweden. That narrow defeat would have been a disappointment, as they held on to a 0-0 draw until the final 13 minutes. However, they didn’t offer much in the way of an attacking threat, as they failed to have a single shot on target against the Swedes.

Slovakia vs Spain Head to Head

Slovakia and Spain have been just six times in the past, and Slovakia have beaten their opponents on just one occasion. Their most recent win came in October 2015. However, Spain won the return game in EURO 2016 qualification, as they won 2-0.

There isn’t much of a feeling that Spain will go very far in the EUROs this summer, as they lack the cutting edge that will be the difference against the better sides. Slovakia were excellent in their opening game, but disappointing against Sweden. Spain should have enough to get a first win.

Make sure to bet on Slovakia vs Spain with 22Bet!