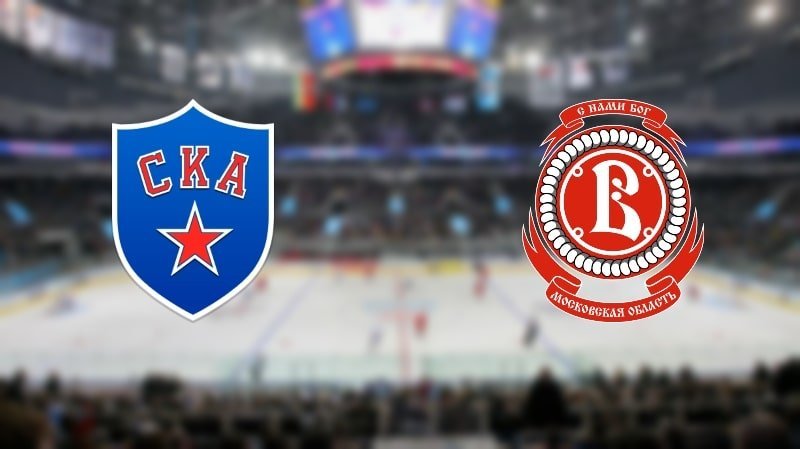 The match of the next round of the Continental Hockey League between the local SKA and Podolsky Vityaz will take place in St. Petersburg on September 22. Teams have successfully held previous matches and take second and first places. Let’s find out how opponents played and make bets on this top game.

The St. Petersburg club played 7 games, allowing 2 misfires. Army men suffered their first defeat the from Avtomobilist away with a score of 2: 5. The guests played the first period relatively well, having tied. But the next two SKA hockey players failed, conceiving 5 goals. Another defeat happened in a home meeting with CSKA with a score of 0: 3. Muscovites used almost all the scoring chances, and the hosts could not even score a goal. In the remaining five meetings, SKA won. The most significant victory happened in a duel with Sibir 4: 2. In another St. Petersburg beat Metallurg 3: 1. Due to losing their core players, who moved to NHL and other KHL clubs, this year SKA has their problems in the offence. However, they still look pretty good and already ranking as the tournament leaders. If last season the army team often pleased their fans with huge victories, then this season it’s not the case anymore.

For example, in a duel with Tractor away, everything was decided in overtime, when Plotnikov set the final advantage 4: 3.

To the delight of Vityaz fans, the Podolsk team has so far taken the first line in the Western Conference. The team suffered only one defeat in the last 7 matches. And then it turned out a cool cut in Yekaterinburg with the local Avtomobilist won 3: 2. In the previous round, Vityaz competed at home with Cherepovets Severstal. The meeting took place with the advantage of Podolsk and ended with confident victory 4: 1. Matches with Sibir and Sochi turned out to be much more difficult, which led to a series of shootouts, which Vityaz won.

Looking at the statistics, we must mention that SKA has never won with a difference of 2 or more goals in the current championship. Vityaz won 6 matches out of 7.

In the previous 5 personal meetings, SKA won every time. But now the situation is somewhat different. Guests gained great shape and are not going to give up points.