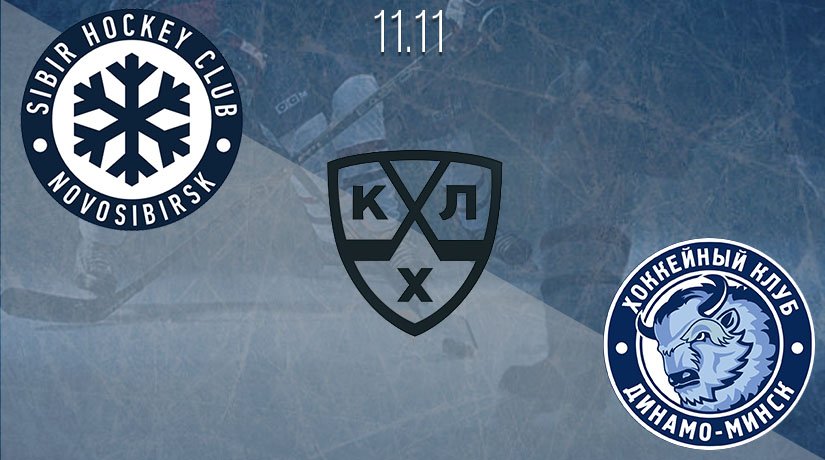 On November 11, the match featuring Sibir and Minsk Dynamo teams will occur as part of the KHL tournament. The game will take place in Sibir Arena in Novosibirsk, Russia. Let’s review those teams’ recent performance and come up with a prediction of the outcome of this match.

Lately Sibir is showing some skilful play. Victories in four of the last five matches confirm this. Right now the team is one point behind the playoff zone, but showing the same quaility of the game will soon get them into the top-8. Let’s see how the week-long break will affect the game of the Novosibirsk team.

The Minsk club is back in the ranks with almost its entire lineup. Only Voronin, Almqvist, Kogalev and Pavlenko cannot help the club in this meeting. Many fans are waiting for the return of Dynamo, which won against everyone before the coronavirus hit the team. There is only one question left: how long will it take for the Belarusian club to get in its optimal shape?

On November 11, Sibir will try to take revenge on the Belarusian team. Over the past five games, Sibir was defeated only by the Eastern Conference leader – Kazan Ak Bars. The team from Novosibirsk is determined to win and will likely do so in regular time.