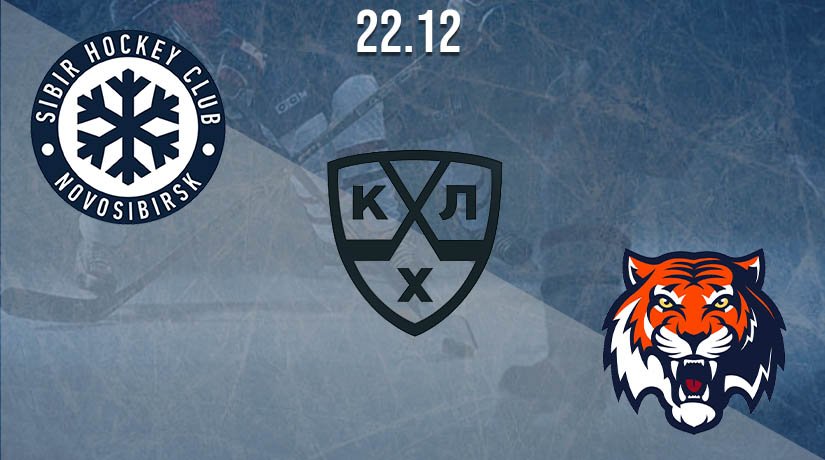 In the upcoming match of the regular KHL season, Sibir will host Amur. The game will take place at Sibir Arena on December 22. Let’s take a look at these teams and try to predict the outcome of this match.

The team from Novosibirsk dropped to ninth place in the Eastern Conference standings. They now have 34 points from 37 regular season matches, and they are 1 point behind the playoffs.

In early December, Sibir won two times on the home ice. First, Novosibirsk’s squad beat Spartak (2-0), and then they slammed Sochi in overtime (2-1). After meeting with Sochi players, Nikolai Zavarukhin’s team played in four matches. And the Siberians lost all of them. In one of the games, they lost to Lokomotiv in overtime (3-4). In the fourth home game in a row, the team lost to Vityaz (1-2). Then, in Chelyabinsk, they lost to the Traktor (0-2), and in the last meeting, they were weaker than Salavat Yulaev (1-3).

In their 37 regular championship matches, the Khabarovsk team earned 30 points, which made it stuck in tenth place in the Eastern Conference standings.

Amur ended last month unsuccessfully. Khabarovsk lost in two away matches. In Balashikha, they were weaker than Avangard Omsk (2-4), after which they lost to Dynamo Moscow in the capital (2-3). And in December, Amur only played at home. The hosts won two times at Platinum Arena. In the first winter match, Sergei Svetlov’s team outplayed Spartak (6-2). And after the meeting with the red-and-white, representatives of Khabarovsk lost to Sochi (2-3) and Lokomotiv (3-4). In the last match to date, Amur slammed Vityaz (3-1).

In nine of the last ten matches against various opponents, Amur scored over 2 goals. Despite the setbacks, Svetlov’s team tries to do their best in every game. In the upcoming game, Khabarovsk residents are waiting for a difficult departure, but they are quite capable of imposing a fight on the guests. Our forecast and bet is an individual total of Amur over 1.5.