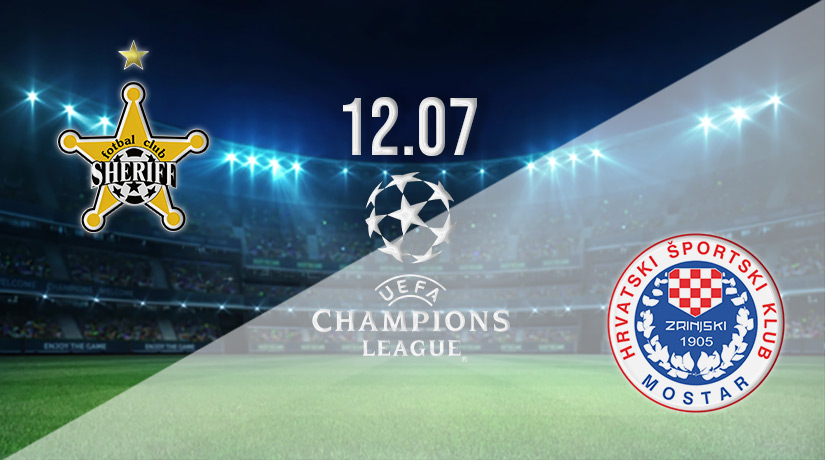 Sheriff and Zrinjski renew acquaintances on Tuesday at 18:00GMT when they clash at the Zimbru Stadium in the second leg of their first qualifying round tie.

With the first leg ending in a 0-0 stalemate, everything will have to be decided in the second leg between these two teams.

Sheriff would be happy with the 0-0 away from home with the second leg being played in front of their fans.

Zrinjski will focus on avoiding conceding goals away from home as they seek to catch Sheriff on the break and upset them on their way to the second round of Champions League qualifiers.

In their last six outings in Europe, Sheriff have won just once in the 2-0 triumph over Braga. They have also had two draws and three defeats in this run.

In their last matches in Europe, Zrinjski have won three times, drawn twice, and lost just once. The loss came against Malmo (3-0). The two draws came in matches against Sheriff (0-0) and Apoel (2-2).

The sheriff forward is crucial in link-up play and connecting well with the team’s wide players. His goal-scoring and playmaker abilities are important for Sheriff as they look to make home advantage count and overcome Zrinjski Mostar to the second round of the UEFA Champions League qualifiers.

The Bosnian forward is central to Zrinjski Mostar’s prospects in the Champions League this season. At 31 years, Bilbija is an experienced operator who offers a calm approach with good positioning and movement inside the box. The forward will be pivotal in the clash with Sheriff on Monday.

Sheriff will be looking to make home advantage count in this second-leg fixture; they will be encouraged after the first leg ended in a 0-0 stalemate.

Zrinjski will focus on solidity and compactness as they play away from home; they will rely on the counter-attack to pose a threat to the Sheriff defense.

Sheriff, after navigating the away fixture to a 0-0 result, are the favorites to win this match and qualify for the second round.

Make sure to bet on Sheriff vs Zrinjski Mostar with 22Bet!