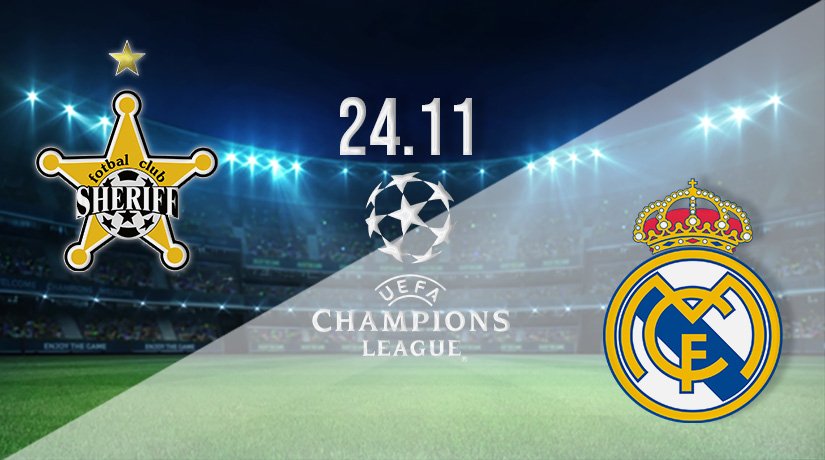 Real Madrid can make it through out of Group D with maximum points against Moldovan side Sheriff on Wednesday. Victory could also be enough to wrap up top spot depending on the outcome in the Inter Milan fixture against Shakhtar Donetsk.

Real Madrid will have the opportunity to address one of their biggest embarrassments in Champions League history this week against Sheriff. The Moldovan side were shock winners in the first meeting between the two in Spain, as Sheriff claimed the biggest win in their history.

However, since that shock defeat, Real have took complete control of Group D, and now hold a two point advantage over Inter, and are three clear at the top of the standings. Victory in this fixture on Wednesday will ensure their passage through to the next round of the competition, while it may also be enough to finish as group winners.

Real won their last game in the competition against Shakhtar, as Karim Benzema scored twice against the Ukrainian side to ensure that the Spanish giants took the points. His second of the goals in the win was the ninth goal that Real have scored in the group stages, while they also have the best defensive record in Group D.

Sheriff haven’t yet given up on an unlikely passage through from this group. They have picked up two wins in four games played in Group D, which leaves them just a point behind Inter coming into the final two rounds of fixtures.

They could be confident of snatching second should they get a positive result here, as they end their campaign against Shakhtar in a few weeks time. However, Sheriff need to recover from back to back defeats against Inter, where they conceded six goals in total.

This is only the second time that the two sides have come up against each other, with Sheriff winning the first meeting earlier in the campaign. They could create a bit of history with a win on Wednesday, as they could become just the fourth team to win each of the first two meetings against Real.

Sheriff did get a shock win against Real earlier in the competition, but that will count for very little in this fixture. Expect the Spanish giants to get their revenge with a sizeable victory.

Make sure to bet on Sheriff vs Real Madrid with 22Bet!