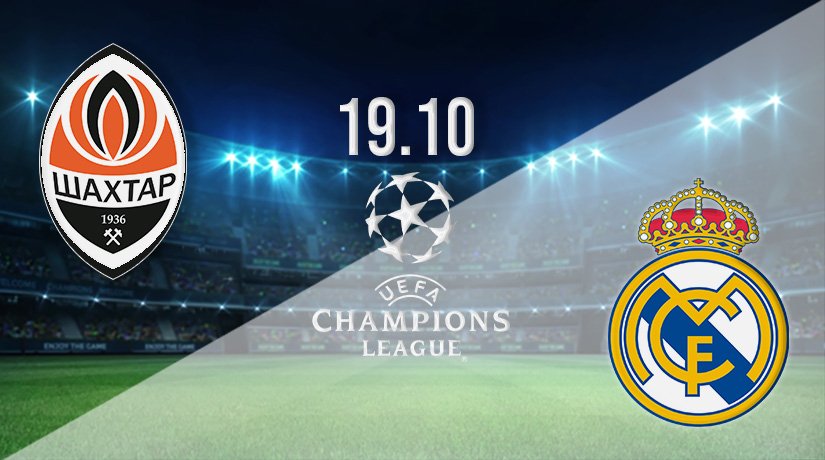 Real Madrid will be looking to bounce back in the Champions League on Tuesday night, as they were embarrassingly beaten by Sheriff in their last outing. Shakhtar welcome Real to Ukraine in this fixture, as they look for their first win of the campaign.

Both Real Madrid and Shakhtar Donetsk will be looking to recover from disappointing results in their last fixture. Neither side were able to get a win on matchday two, as Real were beaten by Sheriff, and Shakhtar were held by Inter.

Real will still be confident that they will be able to make it out of this group, but they must respond on Tuesday. A second straight defeat could see them drop to bottom in the standings, depending on the result in the other game in the group. Their defeat against Sheriff last time out was potentially one of the most embarrassing in the club’s history.

Sheriff claimed a famous 2-1 win after a last-gasp winner in Madrid. Many expected Real to kick on and win the game after Karim Benzema levelled the scores in the second half. However, Carlo Ancelotti’s side just couldn’t find a way through.

Shakhtar are the side currently at the bottom of the standings, having picked up just one point from the two games that they have played. They were beaten in Moldova on matchday one by Sheriff, before picking up their first point in a 0-0 draw against Inter.

Shakhtar would have been disappointed not to have beaten the Italian champions, as they dominated the possession and had the majority of the best chances on the fixture. However, they were wasteful in front of goal. They will need to improve in front of goal for this fixture, as they will likely get limited chances.

These two European giants were drawn in the same Champions League group last season. Both meetings were famous for the Ukrainian side, as they beat Real 3-2 in Madrid, and 2-0 in the home fixture. Real have only previously lost three games against the same opponent on three previous occasions.

Shakhtar’s recent record against Real is very impressive, and they could make history with another win this weekend. Based on recent Real performances, a shock result could be the outcome, but that could be a draw rather than a win for the home side.