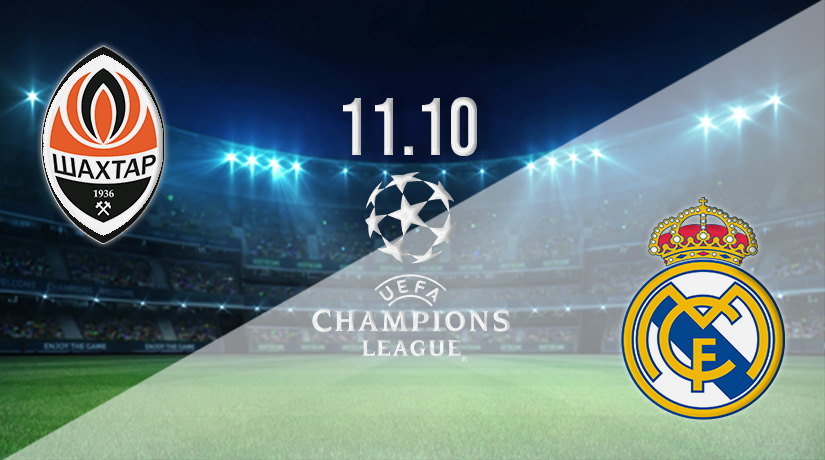 Real Madrid can seal their place in the knockout places of the Champions League when they clash with Shakhtar Donetsk at the Polish Army Stadium on Tuesday at 20:00 GMT.

Having won their first three fixtures in Group F, Los Blancos will book qualification from the group with a win. On the other hand, Shakhtar’s hold on the second spot is tenuous, and they could drop to third depending on the result of the clash between Celtic and RB Leipzig.

Can Real Madrid Book Qualification with a Win?

Holders Real Madrid will be looking to make light work of Group F by qualifying with two matches to spare. Carlo Ancelotti’s charges will be motivated to beat Shakhtar Donetsk for a second week consecutively.

Ancelotti will focus on maintaining the energy levels, tempo, and professionalism from his side to continue their winning run.

With fixtures coming thick and fast ahead of the World Cup in Qatar, Ancelotti will be expected to shuffle the pack with several changes; however, he will expect the players selected to do the job.

Can Shakhtar Donetsk Cause an Upset and bolster their Chances of Qualification?

Igor Jovićević will know that taking on the reigning Champions of Europe will be challenging; he will be especially keenly aware of their power after their 2-1 loss away to the Bernabeu last week.

However, he will also be heartened that a good performance on the night can bolster their chances of taking something from this clash. As their second-place position in Group F comes under threat, Jovićević will hope that his charges will respond.

Shakhtar will prioritize their defensive shape to avoid giving away easy chances. This will form the platform upon which they will attack the holders.

Shakhtar Donetsk have won once in their three fixtures in Group F; this came in their away clash with RB Leipzig, which they won 1-4. Igor Jovićević’s charges have not won since, with their subsequent fixtures ending in a draw against Celtic (1-1) and a loss against Real Madrid (2-1).

In this run, Shakhtar scored six goals and conceded four in the process; this means that they have a positive goal difference (4), which might come in handy given how close the group is shaping out to be.

Real Madrid have won all three fixtures in Group F; they have collected a maximum of 9 points and they lead the group by 5 points from their closest challengers, Shakhtar Donetsk, whom they face on Tuesday.

Los Blancos have scored 7 goals and conceded just once in this group. They opened their account in Group F away to Celtic with a win (0-3); they then won at home to RB Leipzig (2-1) before dispatching Shakhtar Donetsk 2-1 last week.

Ancelotti’s side have kept two clean sheets, which underscores their form in their group matches so far as their class has shone through.

Zubkov has appeared in all three Champions League matches that Shakhtar has played this season. He grabbed a goal in the clash against Real Madrid in Spain; although Shakhtar lost the match 2-1, the 26-year-old Ukrainian underscored his importance to the team.

The striker has also appeared four times in the Ukrainian Premier League, scoring one goal in the process.

His pace and power are important aspects in leading the line for Shakhtar, and he will be important in the clash against Real Madrid on Tuesday.

Vinicius has been integral to Los Blancos this term, scoring 5 times in La Liga and notching twice in the Champions League.

The 22-year-old Brazilian international will offer pace, dribbling, creativity, and a goal threat in the clash with Shakhtar on Tuesday.

Los Blancos will seek to impose their passing and possession-based style on Shakhtar. They will keep the lion’s share of the possession and put Shakhtar under pressure.

Real Madrid will have too much for Shakhtar; Ancelotti’s charges will win the figure and take all three points.