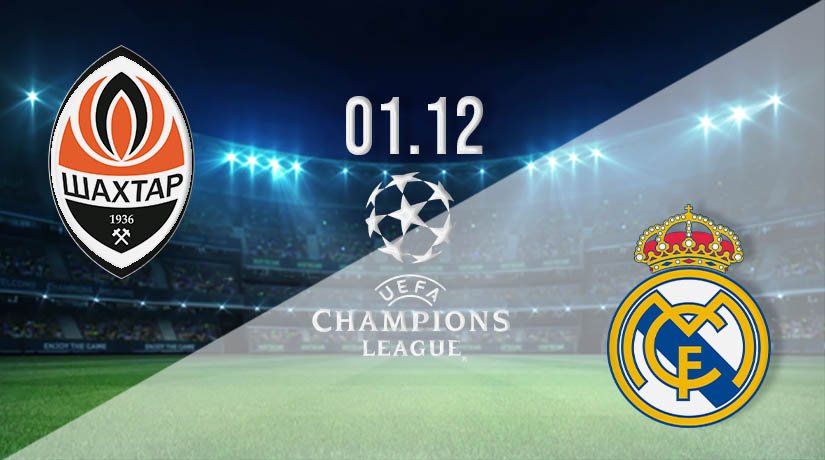 Eight games will be played in the UEFA Champions League on Tuesday evening and with all set to be shown live on television it promises to be a thrilling night of action for armchair fans. Real Madrid’s chances of qualifying for the next stage hang in the balance as they visit Shakhtar Donetsk in a game set to kick-off at 17:55 GMT.

Shakhtar Donetsk made a strong start to their Champions League Group B campaign but have fallen off the pace in recent weeks and are now second from bottom as a result. The locals carry stats of one win, one draw and two defeats with three goals scored and a dozen conceded. That leaky defence means they are in danger of finishing bottom.

The home team have taken only one of the last nine points that have been available to them, following a draw with back-to-back losses. They still have a chance to qualify for the next round, but those hopes are fading fast and if they lose this match Shakhtar Donetsk will be left hoping for a Europa League consolation prize.

Real Madrid suffered a poor start to their Champions League challenge but the La Liga champions have recovered well and are now in the running for a place in the next stage. Blancos could even progress as winners of Group B with current leaders Borussia Monchengladbach just a point better off and set to play Inter Milan.

Madrid have taken seven of the last nine points available to them and have won each of their last two, sparking their fight for a top-two finish to life. They are now three better than Shakhtar Donetsk and five above bottom club Milan who are yet to win a match in this group. The Spaniards travel with confidence and will believe they are good enough to win.

Shakhtar Donetsk are the home team but their recent form is dreadfully poor, and they are in real danger of being eliminated. Real Madrid have found their feet and know an away win would see them progress to the next round.

The pre-match betting at 22bet has Shakhtar Donetsk priced at 7.8 with Real Madrid 1.335 and the draw a 5.7 option for bettors.