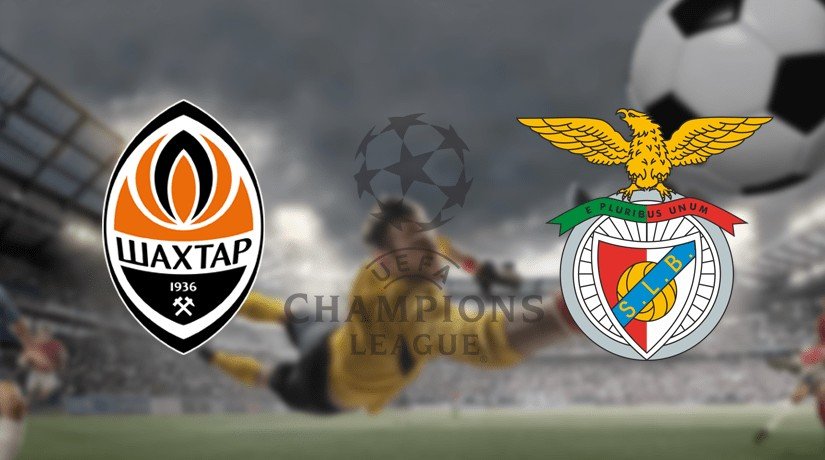 Shakhtar Donetsk and Benfica face off at Metalist Stadium on Thursday in the first knockout round of the Europa League.

Both sides are top of their domestic leagues and will look to build on their form with progress to the next round in European competition.

Shakhtar came third in their Champions League group, losing out to Manchester City and Atalanta and managing just one win in six matches.

Benfica also fell down from Europe’s premier competition, just losing out to Lyon and RasenBallsport Leipzig.

Shakhtar will continue to be without long term absentees Maksym Malyshev and Oleksandr Pikhalionok, with both players suffering season-ending knee injuries.

Manor Solomon will also miss out, with the winger set to return to full-time action by April following an abductor injury.

Benfica are Jardel from the center of their defence after the Brazilian suffered a torn lateral collateral ligament injury earlier this month.

Gabriel and Andre Almeida have also been ruled out following knocks they picked up this month, while long-term absentee Andrija Zivkovic is still not ready to come back from an arm injury.

With both sides leading their domestic leagues, this is set to be a meeting between two sides full of confidence.

Despite coming down from the Champions League, they are have shown some signs of form in European competition this season and can provide a stern test for some of the Europa League’s bigger clubs.

Shakhtar have been totally dominant in the Ukrainian Premier League, winning 16 of 18 league matches and scoring 50 goals, while Benfica are a point clear of Porto in the Primeira Liga.

Moraes is the main weapon at the home side’s disposal, with the Brazilian scoring 15 goals in 16 league appearances this term, while Benfica have been very solid at the back, conceding just 12 times in 21 domestic fixtures.

With Shakhtar’s devastating attack meeting Benfica’s tough defense, this should be an interesting one to watch and a tie that will still have all to play for come the second leg.

Make sure to bet on Shakhtar Donetsk vs Benfica with 22Bet!