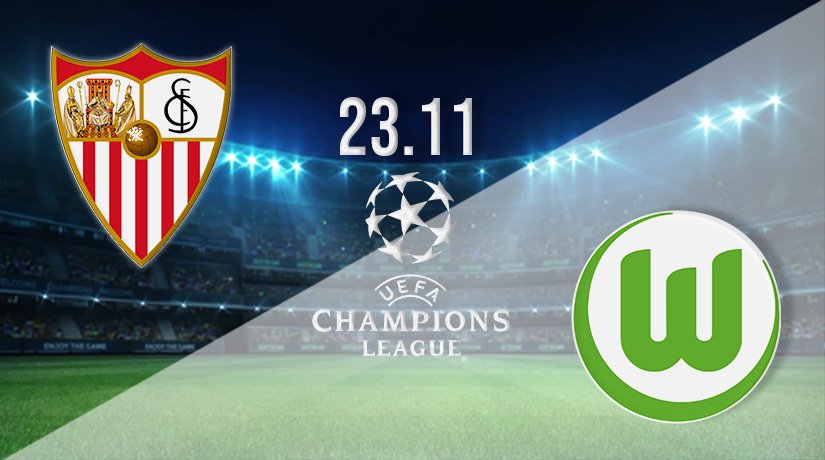 Sevilla and Wolfsburg would have been considered by many as the outstanding chances to finish in the top two places in Group G. However, they currently find themselves outside the top two positions. Regardless, Group G is that tight that they still have very live chances of reaching the next round.

Sevilla and Wolfsburg may find themselves in the bottom two places in Group G, but they still both have realistic chances of reaching the next round of the competition. Sevilla are currently at the bottom of the standings, but they are just four points off the top of the standings with two rounds of fixtures to go.

The Spanish side have been one of the most disappointing in the Champions League this term, as they would have been expected to breeze through this group when it was drawn. However, they are without a win in four games in the competition this season, and have scored on just three occasions.

Their chances of reaching the next round were impacted in their last fixture, as they were beaten at home by Lille. However, a response in this final group game will be expected if they are to reach the next round of the competition.

Wolfsburg have a more realistic chance of reaching the next round at present, as they are in third. However, they are level on points with Lille, who are in second, and just two points off the top of the table.

The Bundesliga side got their first win of the Champions League this season in their last fixture, as they beat RB Salzburg 2-1 at home. Ridle Baku scored the first of the goals for the German giants, before the winner came with half an hour remaining through Lukas Nmecha.

Sevilla vs Wolfsburg Head to Head

The first meeting between the Spanish and German giants in the Champions League came earlier in the season. They played out a 1-1 draw. However, Sevilla have a poor record against sides from Germany, as they are winless in their last seven.

Group G has been the most difficult to call in the Champions League this season. Draws have been the order of the day throughout much of the campaign, and we could see yet another stalemate in Spain between Wolfsburg and Sevilla. A 1-1 draw could be the best bet here.

Make sure to bet on Sevilla vs Wolfsburg with 22Bet!