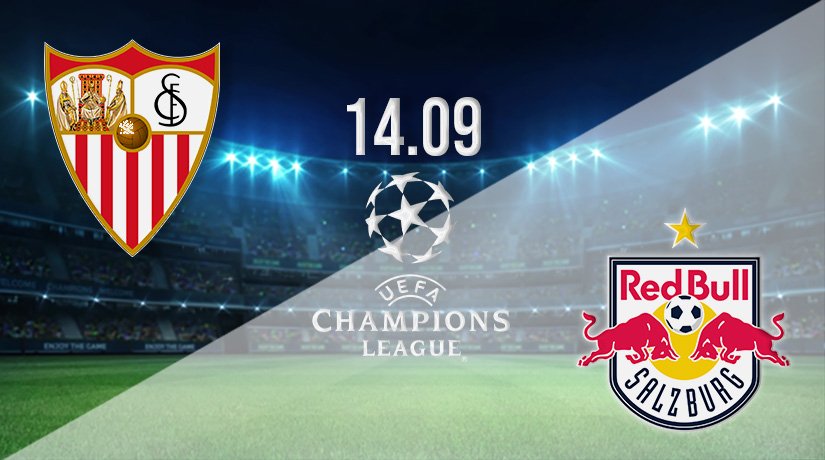 Group G looks set to be the most competitive group in the Champions League group stages, with all four teams involved looking to have an excellent chance of reaching the next round of the competition. Spanish giants Sevilla kickstart their campaign against Red Bull Salzburg on Tuesday.

The Champions League group stages get started on Tuesday, and the next couple of months will be full of twists and turns, as teams look to finish in the top two places to reach the knockout rounds. Sevilla and Red Bull Salzburg will be hopeful of finishing in the top two positions in Group G, in what looks set to be one of the most open groups. Sevilla have started the new La Liga season in decent form, picking up two wins and a draw from their first three fixtures. However, they will need an improved showing in their Champions League opener following drawing 1-1 in their most recent domestic outing against Elche. They fell behind early in that fixture, before Youssef En-Nesyri scored five minutes before half time to rescue a point.

Salzburg have been very dominant in the early weeks of the Austrian Bundesliga season, as they are the only side in the league to boast a 100% record after seven games have been played. They have the best attacking record, and best defensive record at this stage of the campaign. Salzburg also needed to overcome a challenging playoff fixture to reach the group stages, as they beat Brondby 4-2 on aggregate. Both games were won 2-1, which includes their away success, where they scored twice in the opening ten minutes. Benjamin Sesko scored the first goal in the win over the Danish side, while Brenden Aaronson extended that advantage just six minutes later.

The meeting between the two clubs on Tuesday evening will be the first time that Sevilla and Red Bull Salzburg have clashed in any European competition.

Salzburg have been one of the most engaging teams to watch in the Champions League over recent seasons, but are yet to make it out of their group. They could believe that they have an excellent chance of achieving that this term, and could get a credible draw in their opening night fixture against Sevilla on Tuesday.

Make sure to bet on Sevilla vs Red Bull Salzburg with 22Bet!