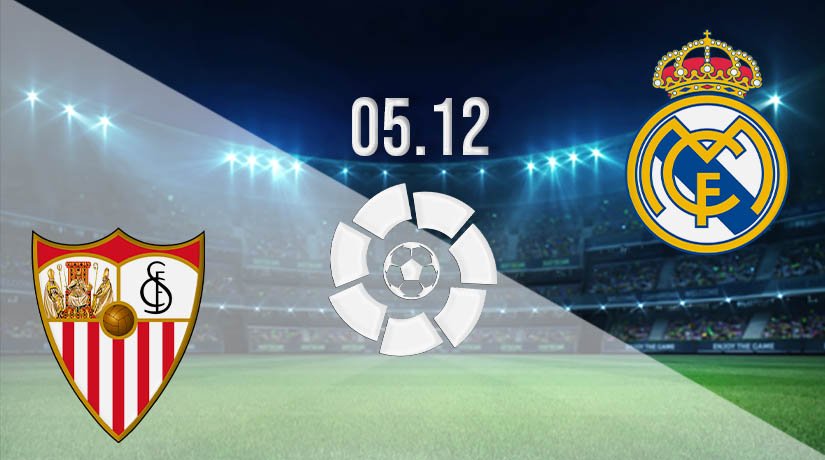 Real Madrid’s season hangs in the balance over the next seven days, as they could see their title chances slip out of their reach. But, will the reigning champions be able to get back on track against Sevilla this weekend?

It has been a disappointing start to the season for Real Madrid. And, matters could be made worse for them this weekend as defeat could leave the ten points off the pace. Their form in Europe hasn’t fared much better, as they were shocking beaten in their last game against Shakhtar Donetsk, which leaves them on the brink of elimination at the group stage. This will be a must win for Zinedine Zidane, as the pressure on the Frenchman is building. Madrid come into this tricky away game without a win in three, as they have lost twice during this run of games. Alaves were able to take three points against Madrid in their last La Liga game, as Casemiro scored a late consolation to give the Spanish giants some form of respectability in the result. They will have to play much better this weekend.

Sevilla are moving in the opposite direction, as they have been in excellent form over recent weeks, and will be looking for a fourth straight win this weekend. They have won three of their last six, with these three victories coming in their last three league games. Sevilla have scored six goals in these wins, and have conceded just twice. Their last win came on the road against Huesca. That was a cagey fixture where Sevilla had to work extremely hard to break down their opponents. Eventually they were able to break the deadlock through Youssef En-Nesyri with seven minutes remaining.

Real Madrid have recently ended a dominant run of form from Sevilla in this fixture, as they have won the last three. The first of those wins came in 2019, which brought an end to a two-match winning run for Sevilla. Madrid beat Sevilla 2-1 in the most recent La Liga fixture.

The pressure will be on Real Madrid in this fixture, as they can not afford a third defeat in four games. However, Sevilla are a quality side, and it will be hard to back the out of form side to take all three points. The draw between Sevilla and Real Madrid could be the best bet.

Make sure to bet on Sevilla vs Real Madrid with 22Bet!