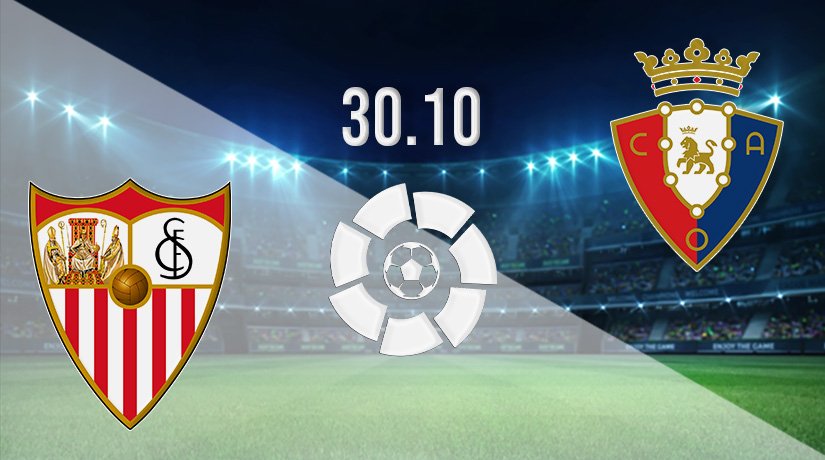 Considering how the La Liga season has gone to this point, it isn’t unthinkable that there could be a shock winner of the Spanish top-flight. Sevilla look primed to mount a challenge and could move to the top with a win this weekend against Osasuna.

Sevilla’s start to the La Liga season has been strong, as they have collected the same number of points as Real Madrid and Real Sociedad. Their 21 points highlights just how close the race for the title could be in Spain this season, and they have already shown over previous weeks that they have the quality needed to be in this position come May.

Sevilla have the second best defensive record in the La Liga, as they have allowed just seven goals in the games that they have played. However, their two-game winning run was brought to an end in midweek, as they were held on the road by Mallorca.

Sevilla needed to score in the final 20 minutes to save a point in that fixture, with Erik Lamela firing home after 73 minutes. However, the draw isn’t likely to damage their momentum too much.

Osasuna are another side that have started the season very well, as they have lost just twice in eleven outings They have picked up 19 points so far, which means that they could go top with a win this weekend. Osasuna are unbeaten in their last five matches, but have drawn their last two.

Their most recent stalemate was a deserved point on the road against Real Madrid. They defended very well throughout that match, and were good value for the point that they got in the end. However, they will need the same intensity again this weekend against a talented Sevilla side.

Sevilla vs Osasuna Head to Head

Osasuna will make life difficult for Sevilla this weekend, but the record that the hosts have in this fixture is hard to overlook. For that reason, a win for Sevilla to move to the top of La Liga would be our pick.

Make sure to bet on Sevilla vs Osasuna with 22Bet!