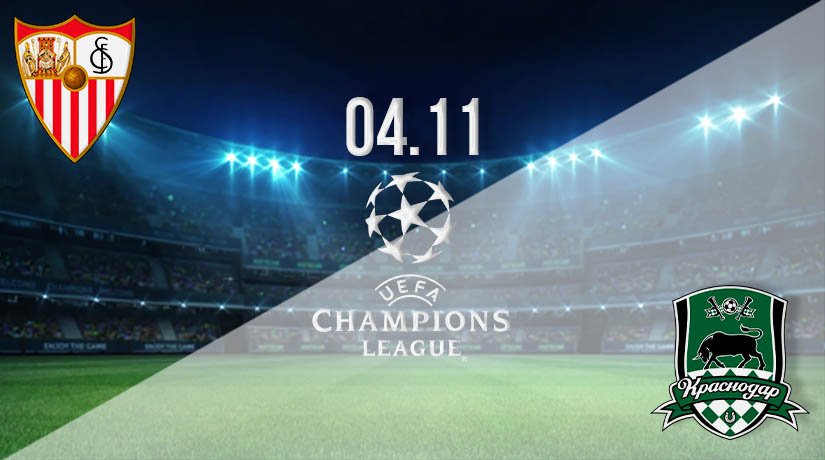 Sevilla will be hoping to take top spot away from Chelsea in Group E this week when they welcome Krasnodar to Spain. The Russian side will still feel that they have a chance of finishing in the top two themselves.

Sevilla have proven European pedigree, and that was shown last season as they went on to win the Europa League. The Spanish side beat Manchester United in the semi-finals and Inter Milan in the final. They could be one of the main players in the Champions League this season if they can transfer that form into this competition. The Spanish side have started the group stage in decent form, as they have picked up four points from their first two games.

Sevilla have scored just one goal in the competition so far, but are yet to conceded. They started the Champions League with a 0-0 draw against Chelsea at Stamford Bridge, before claiming their first win of the competition this season against Rennes. Sevilla won that fixture 1-0, with the only goal of the game being scored by Luuk de Jong in the second half.

Krasnodar’s aim this season in the Champions League will be to remain in a European competition after Christmas. The most likely way that they will be able to achieve that is by finishing in third place and dropping into the Europa League. The Russian side are yet to win a game in the competition this season, as they have drawn against Rennes and were beaten comprehensively by Chelsea last time out. They will need to improve against Sevilla, as they will be a huge challenge for them. They have already conceded five goals in two games, which means defensively they will need to be stronger against the Spanish side.

Segi Gomez, Suso and Oussama Idrissi are all injury doubts for this fixture for Sevilla. Meanwhile, Krasnodar will be without Sergei Petrov and Viktor Claesson. However, Aleksandr Martynovich and Igor Smolnikov will both be available for selection despite being banned after picking up red cards in their last domestic fixture.

Make sure to Sevilla vs Krasnodar with 22Bet!