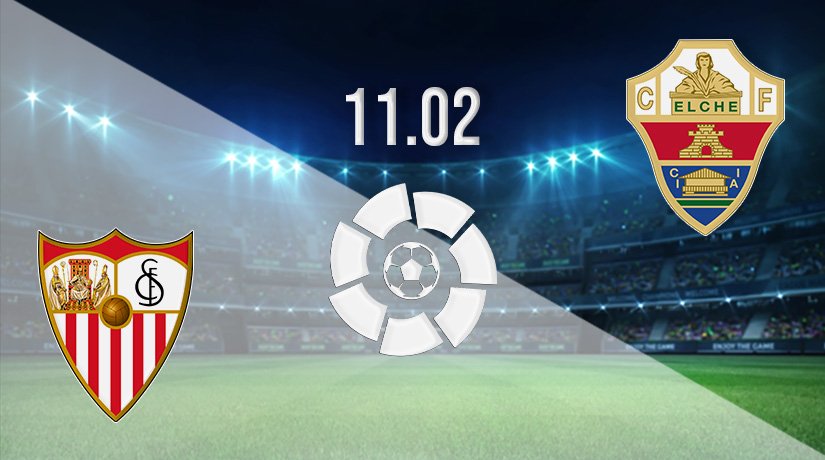 Sevilla still have their eyes firmly set on the top prize in Spain this season, and could close to within three points of Real Madrid with a victory at home against Elche on Friday. However, they will need to end a three-match drawing run in order to put pressure on the current leaders.

Sevilla have their eyes on the top of the La Liga standings, and could move a step closer to that position with a victory to kick off the domestic action this weekend. Julen Lopetegui’s side kick off the weekend with a home fixture against Elche on Friday evening, as they look to end a three-game winless run.

The recent run of form hasn’t really damaged their position in the league standings, as sides around them have also been dropping points on a regular basis. However, it hasn’t helped Sevilla close the gap on Real Madrid, which currently stands at six points.

Sevilla have picked up just three points from their last three fixtures, and have been held to draws on eight occasions this season. Those draws will need to be transferred into wins in the second half of the campaign if they are to win their first La Liga title since 1957.

Elche won’t be worried coming into this fixture, as they have been in excellent form over recent weeks in Spain. They have been able to ease any worries of a relegation battle this term by winning three of their last four matches. Elche now sit eight clear of the bottom three, and could move up to 12th with a win this weekend.

Their latest victory came against Alaves, as they came back from 1-0 down to claim a 3-1 success. Pere Milla scored a brace in that home victory, while there was also a goal four minutes from time for Fidel Chaves.

Sevilla vs Elche Head to Head

Sevilla have a dominant record in recent La Liga fixtures against Elche. They have won four of the previous six against their opponents this weekend, which includes wins in the last three home matches. However, Elche were able to take a point off Sevilla earlier in the season, as the sides played out a 1-1 draw on matchday three.

The high-flying Sevilla look a decent bet to end their three-match winless run this weekend. They have an excellent record against Elche, and will be boosted by home support. We could see them securing a simple 2-0 victory.

Make sure to bet on Sevilla vs Elche with 22Bet!