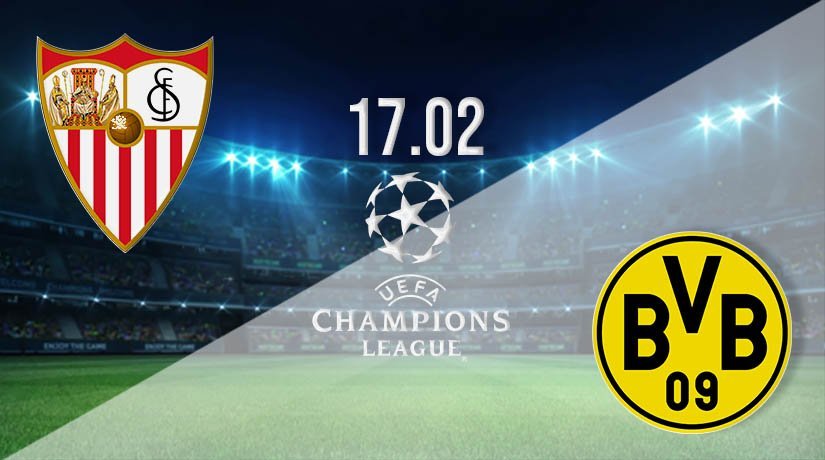 Champions League action continues Wednesday evening with two games from the round of 16 scheduled. Both ties kick-off at 20:00 GMT and will be shown live on television. You can read the thoughts of our expert football writers for free on this site. Here, we focus on the action in Spain where Sevilla face Bundesliga side Dortmund.

The history books show these teams have met only twice before and it’s worth pointing out that Borussia Dortmund have never managed a win. The head-to-head stats show Sevilla claimed a 1-0 victory in Germany back in 2010 thanks to a goal from Luca Cigarini after Marcel Schmelzer was sent off early in the second half. The second clash was a 2-2 finish in the Europa League. Will Dortmund finally get off the mark and score an important away win?

Sevilla finished second in Group E following a competitive campaign. Chelsea were the winners of that pool with the Blues ending one point ahead of the La Liga outfit after six games. Sevilla returned stats of four wins, one draw and just one defeat, scoring nine goals but conceding eight. The coaching staff will be eager to tighten up that leaky defence if they are to progress to the last eight and keep their dreams alive.

Sevilla arrive in strong form after scoring a stunning 2-0 win over Barcelona at this venue before edging Huesca 1-0 last time out. El Haddadi scored the winning goal on Saturday and there’s real confidence in the home dressing room. Fans will be eager to see their team carry that La Liga form into this match. If they are as good as they were when beating Barcelona, they’ll have a great chance.

Dortmund bounce back to win group

Borussia Dortmund fared better than their hosts during the group stages of this season’s Champions League, ending in pole position of Group F ahead of Lazio. They won four and draw one of their six games, collecting 13 points which was three better than the chasing pack. Dortmund suffered defeat in their opening game but had no problem bouncing back and taking control of the division.

In the German Bundesliga, the visiting team have been performing below par in recent weeks and are winless in their last two games. Since beating Paderborn 3-2 at home they have lost away to Freiburg and drew 2-2 when hosting Hoffenheim. Two games fans would have expected them to win quite comfortably.

Sevilla won’t fancy going to Germany needing to win so they are sure to set-up offensively and try to win this game. Their best chance of going through comes from winning on their patch but their recent form suggests that’s possible. Borussia Dortmund will be glad of the distraction Champions League football brings from their league worries.

Make sure to bet on Sevilla vs Dortmund with 22Bet!