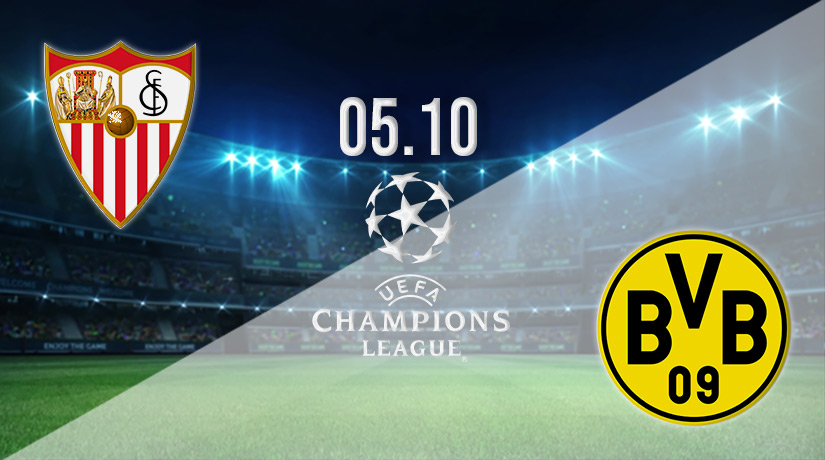 Sevilla, who are bottom of Group G with a solitary point, will be looking to kick-start their Champions League season when they host second-placed Borussia Dortmund at the Ramon Sanchez Pizjuan Stadium on Wednesday at 20:00 GMT.

Can Sevilla get their First Win of their Champions League Season?

Sevilla go into the clash with Dortmund in the backdrop of a run of five matches with three defeats, a draw, and a solitary win. They have not won in their last two matches, getting a draw and a defeat.

Last time out, Sevilla were convincingly beaten 2-0 at home to Atletico Madrid. Julen Lopetegui will be looking to turn his side’s fortunes starting with the match against Dortmund on Wednesday.

Lopetegui will be working on his defense and attack; the balance has been wrong this season as the team has tended to concede chances while hardly scoring enough to win matches.

Can Borussia Dortmund Solidify Second Place in Group G with a Win?

After a brilliant start to the Bundesliga, Edin Terzić’s side have been inconsistent in recent matches. They have lost twice and won once in their last Bundesliga outings.

While opening their Group G account with a convincing 3-0 win against Copenhagen, Dortmund lost 2-1 at home to Manchester City. Edin Terzić will look for his side to bounce back immediately in the clash with Sevilla.

Dortmund will also be looking to put behind them the surprising 3-2 reverse away to Koln on Saturday. Terzić will look to get his men in the right mental space, and motivation, to provide the intensity and tempo required to overcome Sevilla on Wednesday.

Lopetegui’s men have been in stop-start form in the opening seven La Liga fixtures this term. They have collected 5 points all season, which leaves them 17th on the table, just a point off the drop zone.

In the last five outings, Sevilla have lost three times, drawn once, and won once. They have collected 4 points while dropping 11 in the process.

After a high-flying start, Dortmund have experienced a drop-off in performances in recent matches that has seen them fall from the top of the Bundesliga to 4th, two points off the leaders.

In their last five fixtures in the Bundesliga, Terzić’s men have won three times and lost three times. With nine points from the available 15, Dortmund have dropped off the top of the table as inconsistency threatens to unravel their title challenge early on.

The experienced Argentine is increasingly occupying a crucial role in shaping the Sevilla attack. The 30-year-old has made six La Liga appearances for Lopetegui’s side this season, scoring 1 goal.

The Argentine will offer the experience and leadership Sevilla need in the high-pressure match against Dortmund, especially given the team is in a poor run of form.

His pace, movement, and creativity will be important for Sevilla to create chances and pose a threat to the Dortmund defense.

His experience and leadership are important aspects in shaping the Dortmund attack, calming the nerves of the younger players, and setting the tempo with his high-action and hard-pressing style.

Sevilla will look to be compact in their approach and thus look to leverage turnover opportunities when Dortmund lose the ball.

Dortmund will seek to impose their high-tempo and high-pressing style on Sevilla. They will seek to dominate the ball and use their passing down the flanks and through the middle to create chances.

Dortmund have the prevailing form and quality to win this match and take all three points.

Make sure to bet on Sevilla vs Dortmund with 22Bet!