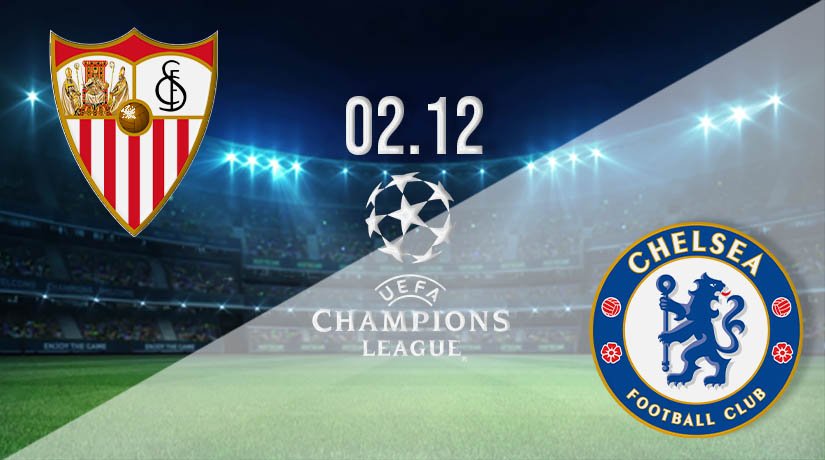 Chelsea are off to Spain as the English Premier League side take on La Liga opposition in Sevilla. This match is scheduled for a Wednesday 20:00 kick-off and followers of the live TV coverage are in for a fascinating 90 minutes as both clubs battle it out for top spot in Group E. The Blues are currently ahead of their hosts on goal difference, meaning there’s all to play for.

Sevilla sit joint-top of Group E with Chelsea on 10 points taken from the first dozen available to them. The Spanish side bring stats of three wins against one draw with six goals scored and three conceded, leaving them behind their opponents by eight in the goal difference tally. Victory here would send them racing into pole position having already secured knockout football.

We last saw Sevilla in Champions League action banking what was their third win on the bounce, beating FK Krasnodar 2-1 on the road. It was a victory they were expected to take but were made to work hard for the points that day. That win was followed by a narrow 1-0 away to Huesca in La Liga on Saturday.

Chelsea can make a statement

Frank Lampard’s Chelsea were the pundits’ pick to progress from the group and make their way to the latter stages of this competition. Are they good enough to win the Champions League trophy? That remains to be seen but they can send out a message of intent by finishing top of their pool and they are on track to do that.

Chelsea bounced back from a draw to win each of their last three and recorded a 2-1 away win over French Ligue 1 side Rennes last time. That was followed by a goalless draw at home to London rivals Tottenham in the Premier League on Sunday afternoon which will go down as a decent result against Jose Mourinho’s stars who are flying high.

With both sides battling for top spot in the group this should be an entertaining match and viewers will be hoping it throws up a few goals. It’s likely the winner of this game will progress to the next round as winners of the pool and that will do wonders for their confidence.

Make sure to bet on Sevilla vs Chelsea with 22Bet!