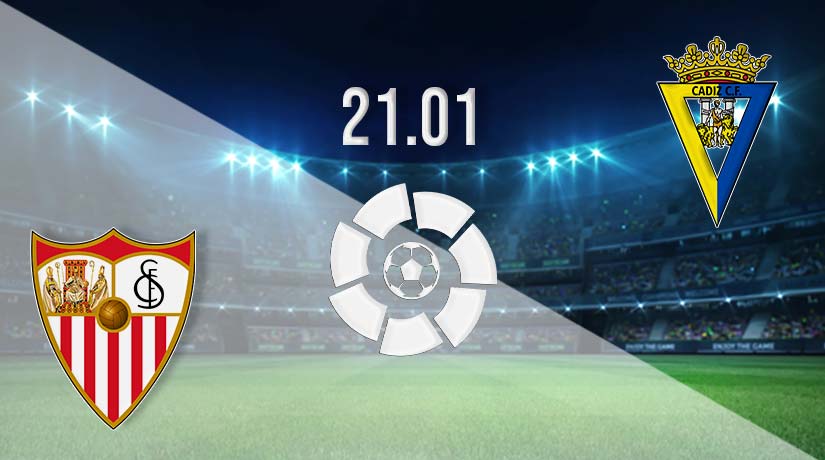 Sevilla’s season to this point has been a disaster. The former Europa League champions currently sit in the relegation places in La Liga, and they will desperately be looking for a huge win against Cadiz, who sit just a place and a point above them.

There will be a massive relegation six-pointer in La Liga this weekend, as Sevilla look to get themselves out of a sticky situation in the Spanish top-flight. The huge club currently find itself sitting 19th in the standings, and two points from safety. Their recent form has been poor, as they have picked up just a single win from their previous five.

Meanwhile, they have picked up just three wins from 17 games all season. Sevilla was handed an eighth defeat of the season in their previous La Liga fixture, as they lost 2-1 on the road against Girona. The hosts scored the crucial winning goal with just two minutes remaining. Sevilla had taken the lead after just 13 minutes, but another poor defensive display ultimately cost them.

Cadiz will be aware that this will also be a chance for them to get out of the bottom three, as they sit just a place above Sevilla. They have gone three without defeat in the league since the restart, and have won the same number of games as their illustrious rivals throughout the campaign.

However, they will likely be disappointed to still be in the bottom three, as they let a golden opportunity slip last weekend against the winless Elche. Cadiz took the lead after seven minutes through Brian Ocampo, but they allowed their struggling rivals to steal a point with an equaliser in the final ten minutes.

Sevilla vs Cadiz Head to Head

Sevilla will need to start picking up points if they are to move clear of the relegation places this term. This could be a perfect opportunity to land a fourth win of the season, and we could see them achieving that target.

Make sure to bet on Sevilla vs Cadiz with 22Bet!