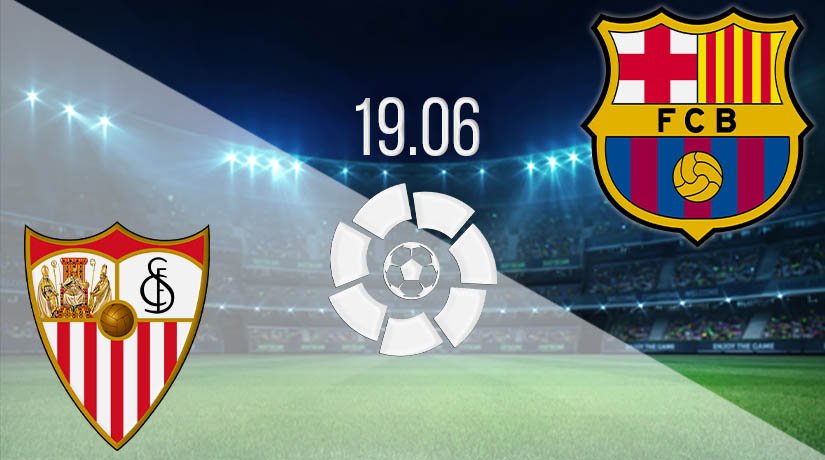 The title race will continue in Spain this coming weekend as Sevilla will play host to Barcelona. It will be one of the biggest games left for Barcelona as the Catalonian side chase another league title. But, will Sevilla upset the odds and get a shock win?

It has been an excellent restart for Barcelona as they have quickly seized control of the La Liga title race. Real Madrid are five points behind their rivals at present, but they will be able to cut that gap back to two points with a victory in their game in hand against Valencia. Barcelona have scored the most goals in the top-flight this season as they have hit the net on 69 occasions. Their form has been solid over their previous six games as they have won five and lost just once. That one defeat came in El Clasico against Real Madrid, while they are two from two since the restart. They have scored six goals in those two games, with Lionel Messi scored two in two. Their most recent victory came against Leganes as they won 2-0 with the goals coming from Messi and Ansu Fati.

Sevilla have enjoyed an excellent season this year, and they have been in tremendous form over their previous six fixtures. They have won three games and drawn three times. Since the restart, they have won once and drawn once, and are four points clear in the race to finish in the top four. Their last game would have been a slight disappointment as they were held to a 1-1 draw by Levante. Luuk de Jong put them ahead before Levante levelled the scores after an own goal from Diego Carlos. Sevilla will be hoping to cause a shock this weekend.

Sevilla vs Barcelona Head To Head

Barcelona have enjoyed a dominant record over Sevilla over there last 43 games. Sevilla have won on just seven occasions while Barcelona have won 29 times. There have also been seven draws between the two sides. Barcelona have won the last three against Sevilla, which includes their 4-0 success from earlier in the season. Sevilla’s last win against Barcelona came in 2015.

This will be a potentially difficult game for Barcelona, but their form since the restart has been electric and that means that it will be difficult to bet against them claiming the three points against Sevilla.

Make sure to bet on Sevilla vs Barcelona with 22Bet!