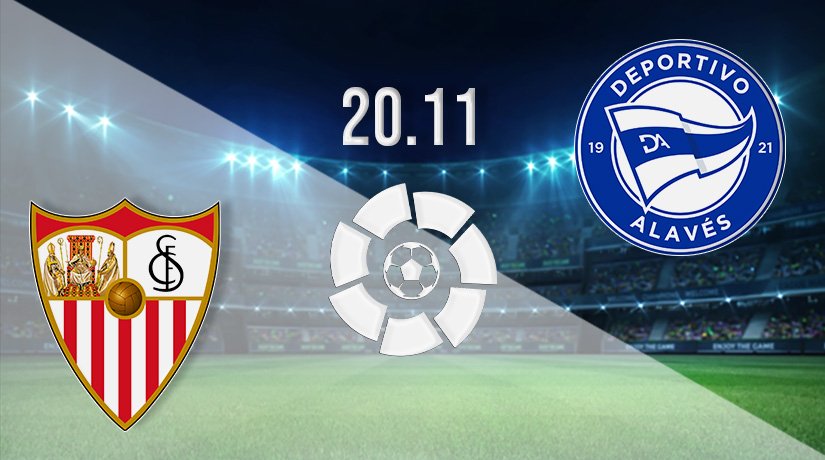 Sevilla could go to the top of the La Liga standings on Saturday, but they will need to pick up maximum points against Alaves to be able to achieve that. However, they should be confident having won four from five.

The La Liga title race reaches a crucial stage over the coming months before Christmas, and a number of sides will be looking to pick up the points that they need to stay in contention. At present, the battle for the top spot is between the three teams at the top of the standings, which includes Sevilla.

Sevilla have started the season very well, and are one of four teams that have lost just once in their opening 12 games. The Spanish club side have won on eight occasions, which is the joint-most alongside Real Madrid and Real Sociedad, who are the only other two sides above them in the league standings at present. However, their form has been the strongest in recent outings, as they have won four from five of their last fixtures. Sevilla beat Real Betis 2-0 in their last La Liga fixture, with Marcos Acuna among the scorers.

Alaves will be one of the sides appeased with their starts to La Liga this term, but recent form would highlight that they may be targeting a finish higher up the standings. Three of their four league wins achieved this season have come in their last four fixtures.

That upturn in form has seen them open up a two-point gap between themselves and the relegation places, and a win this weekend would put them on the verge of the top ten. Their last win in the league was at home against Levante. Joselu scored twice in the victory, which included his winning goal in the 91st minute.

Sevilla vs Alaves Head to Head

Sevilla have a good record in the ten La Liga fixtures between the sides. They have won on six occasions, and have lost just once. Their only defeat came on the road against Alaves in January 2018. Sevilla have won the last two, which includes the 1-0 win that they achieved last season.

Sevilla should have the quality to get the win in this fixture and move to the top of the standings in La Liga. Alaves will make it hard for them, but a narrow success for the hosts would be our bet.

Make sure to bet on Sevilla vs Alaves with 22Bet!