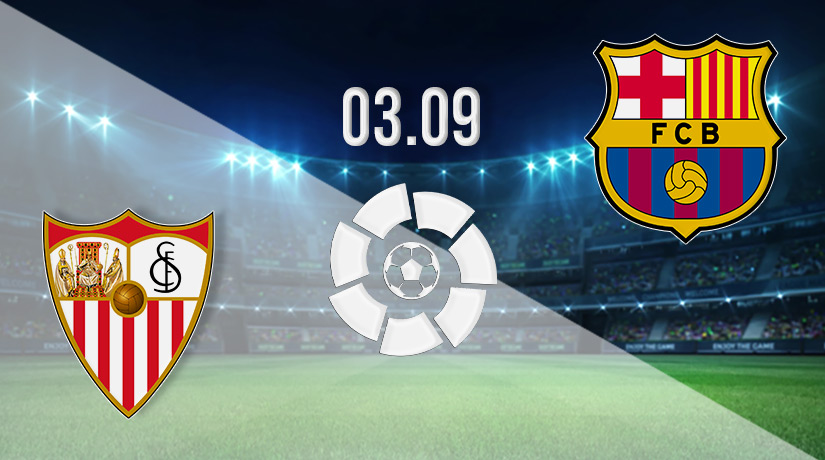 This weekend marks the return of action from the Spanish La Liga, with round four fast approaching. Followers have some fascinating matches to look forward to, with the best coming from Seville, where Barcelona take on the locals. This match will be shown live to a global audience in the millions, and viewers are expecting a memorable 90 minutes packed with plenty of goals and even more talking points.

Here we have two big names from Spanish football going head to head with three vital points on the line. The winner of this match will push themselves up the league table, increasing their chances of challenging Real Madrid for the championship trophy. The loser of this game will slip down the league table but certainly won’t be out of the running. There’s all to play for here, with both teams having little to lose.

Sevilla and Barcelona met twice last season in La Liga, with both games being extremely close, ending in one draw at this venue followed by a narrow win for Barca at the Camp Nou. It is always a competitive occasion when these rivals are involved, with one team failing to find the net in four of the last five renewals. The most recent game played produced a 1-0 win for Barcelona back in April of this year. Pedri scored the winning goal in 72 minutes

There was a buzz around Sevilla heading into this season as the club was expected to challenge on all fronts, including pushing for domestic success and a place in European competition for next season. The locals have the players, fanbase and cash to achieve this, but they have failed to convince in the opening weekends of the season. Sevilla isn’t known for being notoriously slow starters, but that has been the case this year, and their league standing is much lower than fans would have expected, even at this early stage.

After three games played of the 2022/23 LA Liga season, Sevilla can be found down in 15th position with just five sides currently worse off. Their form so far shows no wins, one draw and a pair of defeats with three goals scored and five conceded. The point gained means Sevilla is level with second from bottom of the pile Real Valladolid with Cadiz holding the rest of the division upright while they struggle to put a point on the board.

The locals prepare for this match with results showing lose-draw-lose, an opening run that threw up more questions than answers for the club’s fans. That first win of the season is becoming increasingly important to Sevilla, and its fans or they could be in danger of falling off the pace, slipping down the pecking order further. That’s something everyone connected to Sevilla must work to avoid, and much better is needed than we saw from them in the previous game when losing 2-1 away to Almeria. That was a match they were favourites to win but didn’t deserve the victory.

Barcelona is expected to challenge for the La Liga title this season and improve on their recent efforts in the UEFA Champions League. Fans of one of the world’s biggest and most famous clubs want to see their beloved teams firing on all cylinders once again, mixing it with the top teams and winning esteemed honours. There is a buzz about the team again, and it’s expected this season will mark the return of Barcelona following their short fall from grace.

The locals have seven points on the board from a possible nine after two wins and a draw in their opening three matches. Real Madrid and Real Betis boast maximum points and share the lead, with Blancos having a superior goal difference. Barcelona is next in the running, placed in third with eight goals scored and just one conceded, placing them level on points with Villarreal in fourth. A top-four finish is the least Barcelona fans expect this season, but most want to see their club get much closer to Madrid than they did last season, keeping pace with the early leaders before improving to challenge for the trophy.

After drawing their opening match with Rayo Vallecano on matchday one at the Camp Nou, ending goalless, Barcelona improved to win their next two outings. They picked up their first win of the season at the second time of asking, then followed it with another. Barcelona beat Real Sociedad 4-1 away from home, then shot down Real Valladolid last weekend, winning 4-0 in what was another flex for the team’s attackers. Eight goals in two games suggest Barca has found their feet and is ready to lay down a challenge.

Sevilla knows they are up against it here when welcoming a Barcelona side that appears to be going through the gears. But Sevilla does hold the home advantage and will be cheered on by their usual loyal backing. They will get nothing for free against Barca, but if they can keep the scores low in the first half, they will have a chance to spring a surprise. Sevilla is no soft touch at home, that’s for sure.

This is a crucial season for Barcelona, with the world watching to see if they are back on the road to recovery and how long it will be before we see Barca back where they want to be. The giants of European football have started promisingly and will continue to grow in confidence as the weeks pass and the new arrivals get used to playing with each other. An exciting year lies ahead for followers of Barca.

The pre-match betting odds available at 22bet has Sevilla priced at odds of 4.24 for the victory while Barcelona can be backed at 1.86. The draw is available at 3.56 if you expect Barca to end level for the second game in four this season.

Make sure to bet on Sevilla v Barcelona with 22Bet!