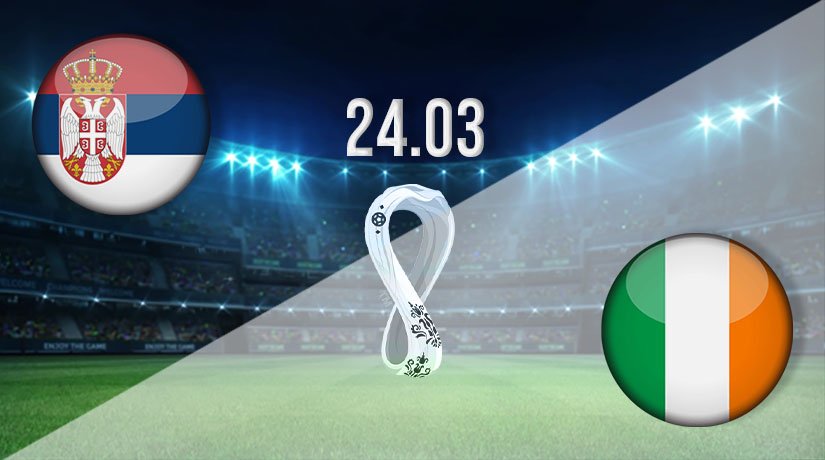 The road to Qatar kicks off for all European nations this week, as teams will be looking for a decent start to their respectively qualification campaigns. Two sides that look set to fight it out for second spot in Group A meet on Wednesday evening.

Serbia and Ireland both look set to fight it out for the second spot in Group A, as the heavy favourites to progress automatically by finishing top seem to be Portugal. Serbia will be the narrow favourites to achieve that goal, as they have been in decent form coming into this game, as they have won once in their last three games. However, they haven’t lost in their last three, and will be confident of picking up from where they left off in the Nations League. Serbia won their sixth and final National League game 5-0 against Russia. That was undeniably their best performance of the campaign, with Luka Jovic scoring twice in the win. A repeat performance against the Irish on Wednesday would be the perfect start, and would give them an excellent chance of pushing hardest for the second spot in the group.

There is a sense that these first two rounds of fixtures for Ireland could be huge for their chances of qualifying for their first World Cup since 2002. After visiting Serbia, the Irish host Luxembourg. Defeats in their first two games would leave them with a mountain to climb. Serbia is the toughest of their opening fixtures, and Ireland come into the game in terrible form, as they haven’t won in eight. Ireland have failed to score in their last six games, with their last goal coming in the opening night draw of the Nations League against Bulgaria. Since then, they fell in the Euro Qualifiers to Slovakia, and have been beaten by Finland and Wales.

Serbia vs Ireland Head To Head

These two nations have become very familiar with each other over the last ten years, as this will be the fifth time that they have played against each other. However, Ireland haven’t won any of the previous four, and have been beaten on two of the last three occasions.

Ireland are still very much a nation in progression, as they are searching for quality at both ends of the field. Serbia are more of a well-rounded side, and they should comfortably take the win on Wednesday night.

Make sure to bet on Serbia vs Ireland with 22Bet!