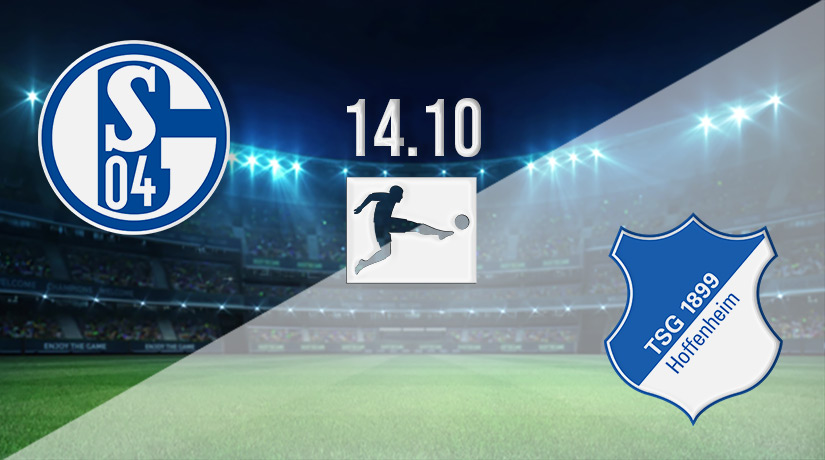 Two sides that find themselves at contrasting ends of the Bundesliga standings clash in the German top-flight on Friday evening. Schalke will be looking for a second victory of the campaign, while a win for Hoffenheim could take them up to third in the standings.

Schalke and Hoffenheim have endured contrasting starts to the new Bundesliga season, and their targets for the campaign will likely be very different now compared to what they would have been before a ball was kicked in the German top-flight. Schalke will likely consider the season a success if they are able to stay in the division, as they currently sit 16th in the standings after nine rounds of fixtures.

They have allowed the second-highest number of goals in the Bundesliga so far this season, but their form has nose-dived slightly over their previous three games. After winning and drawing a few weeks ago, Schalke has suffered a bad run of form. During that run, they have lost each of their previous three fixtures. The latest of those defeats was suffered against Bayer Leverkusen, losing 4-0 away from home.

Hoffenheim could move into the top four of the Bundesliga standings with a victory this weekend, as victory could put them up to third overall. They have scored 14 goals in the nine games that they have played to this point, but they will need to bounce back after some disappointing performances in recent weeks.

Hoffenheim come into this fixture after going three without a victory. They have drawn twice during that period, but they were beaten by Werder Bremen in their latest fixture last Friday.

Schalke vs Hoffenheim Head to Head

Hoffenheim has picked up victories in three of the previous five Bundesliga meetings between these two sides. Their latest win came in May 2021, as they landed a 4-2 home success. However, Schalke is unbeaten in their previous two home fixtures against Hoffenheim, winning the latest meeting in January 2021 with a 4-0 scoreline.

This looks to be a very important fixture for both sides this weekend, as they look to end disappointing recent runs of form. However, we could see Hoffenheim getting the victory on Friday evening, as they have better quality in the final third. A 2-1 scoreline looks a solid chance.

Make sure to bet on Schalke vs Hoffenheim with 22Bet!