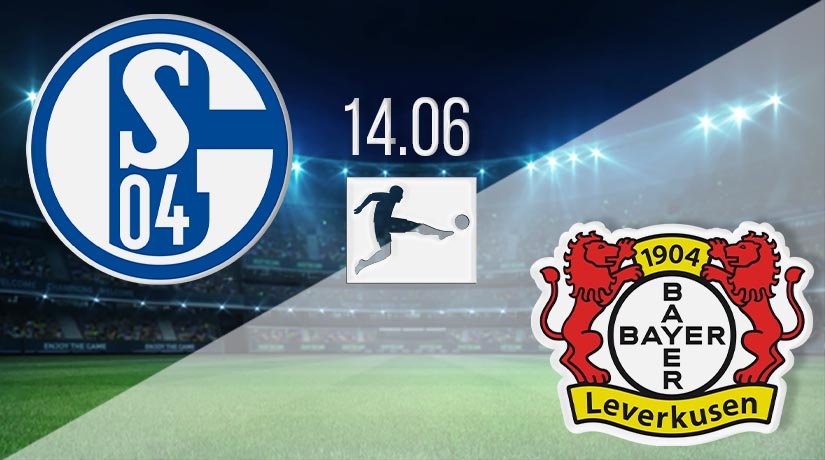 The final game in the Bundesliga this weekend will see the struggling Schalke host Bayer Leverkusen at the Veltins Arena. The travelling side will need to get all three points to keep their Champions League hopes alive.

Schalke’s form since the restart has seen them go from potential Europa League hopefuls to potential bottom-half finishers. They are a little fortunate that there are only four games of the season remaining, as they could have been dragged into the relegation battle as their form has been that poor. Schalke are yet to win since the restart and have lost four of their five games.

They managed to end the skid last time out as they earned a much-needed draw away from home against Union Berlin. They fell behind in that fixture, but Jonjoe Kenny scored the equaliser before half time. There is zero chance that they will be finishing in the Europa League places now, but they will at least hope to end the season with a strong run of results. However, the chances of that beginning with a win over Bayer Leverkusen would appear slim.

Bayer Leverkusen remain in the hunt for a finish in the top four, with the final space now looking like a straightforward battle between themselves and Borussia Monchengladbach. This will be a big opportunity for them this weekend, as Monchengladbach face the runaway leaders Bayern Munich on Saturday.

They have a more straightforward run-in with fixtures against Hertha, FC Köln and Mainz after this fixture. Their recent form hasn’t been the best as they have lost two in three. Their last defeat came in their previous outing in the Bundesliga as they were beaten 5-2 by Bayern Munich. Bayer still has a positive record since the restart, as they have won three of their five fixtures.

Leverkusen holds the advantage in the overall record between the two sides as they have won 14 of the previous 29 meetings. Schalke have won nine games, and there have been six draws. Schalke haven’t beaten Leverkusen for two years, with Leverkusen winning the early game in the season 2-1.

This shouldn’t be a difficult game for Bayer Leverkusen. Schalke have been in terrible form since the Bundesliga returned, and it is pretty hard to see them winning another game before the end of the season. Meanwhile, Leverkusen will know that they will need to win all their remaining games to finish in the Champions League places.

Make sure to bet on Schalke vs Bayer Leverkusen with 22Bet!