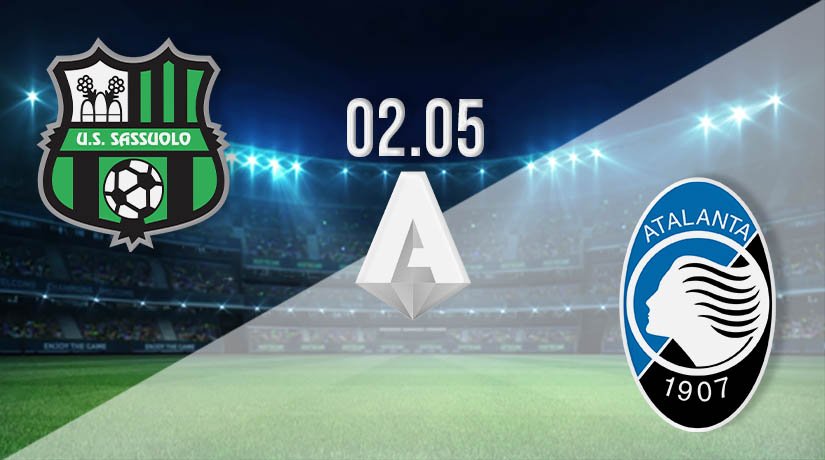 Round 34 of the Italian Serie A season takes place this weekend, with teams battling for position at both ends of the table. Sassuolo host Atalanta in an intriguing match scheduled to kick-off at 14:00 GMT on Sunday. With the away team emerging as the main danger to league leaders Inter Milan, Atalanta knows this is a must-win three points.

Atalanta is hoping to do the double over this weekend’s opponents after scoring a stunning 5-1 win in this fixture back in January. Fans would love to see a repeat performance, but the coaching staff in the away dressing room will be happy with any kind of victory. The points are more important than the performance at this stage.

Sassuolo started the week in eighth place, hoping to scramble their way into the Europa League slots. That now looks a big ask and will be even more difficult if they fail to take three points from this home match. Failure to win here could see Sassuolo roll to a finish with little to occupy the players before the summer break. They are lagging behind Lazio and the top six with time running out.

The home team do boast a fantastic recent run of form and have taken a dozen points from their last four games. That strong finish to the campaign will give supporters reason to be confident ahead of next season, but others will be asking why the team left it so late to find their feet. Reacting earlier could’ve secured them a place in the Europa League.

Atalanta has impressed in the last few weeks and traveled on the back of a strong run of form. They have forced their way into second place, splitting the Milan pair. Atalanta does have an outside chance of challenging Inter Milan for the league title, but it’s slim, and hope dies a little more with the passing of each Milan victory.

The away team are unbeaten in their last five, with that purple patch made up of four wins and a draw. They claimed a maximum in their last start when hammering Bologna 5-0 at home in a real show of strength. That win followed a hard-fought 1-1 draw away to Roma and would have done wonders for team morale.

Sassuolo may have one eye on the summer break with some players thinking ahead to the European Championships. No player will want to risk injury at this stage of the season, which could impact the performances of those representing Sassuolo. We’ll find out on Sunday.

Atalanta moved into second place on merit and now have a chance of contesting the title. They have left it late in the day to challenge, and it may prove just a little too late. Atalanta knows they must win here to have any chance of worrying Milan.

Make sure to bet on Sassuolo vs Atalanta with 22Bet!