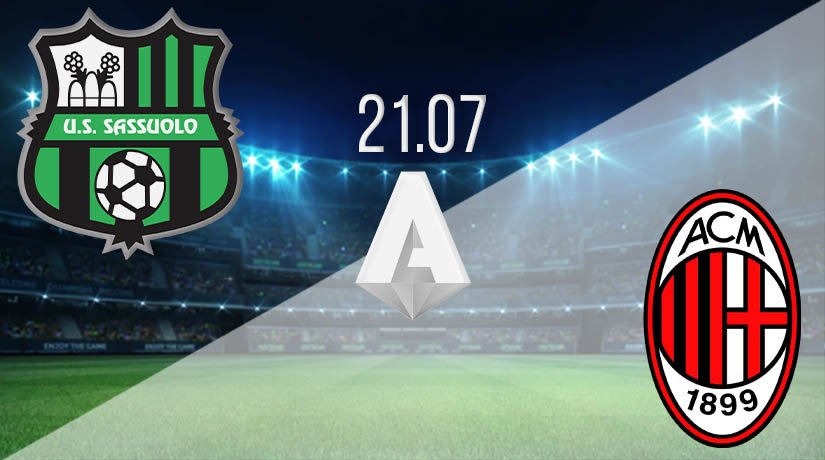 AC Milan will be looking to take the advantage back in the race for the Europa League spots this week when they travel to a competitive Sassuolo. Milan will have to produce a performance near their very best, but will they be able to claim the three points?

AC Milan have been in excellent form since the restart as they have picked up four wins in their last six games. They are unbeaten during this run of form, and they will be aware that the margin between themselves and Napoli is extremely tight. The two famous clubs are locked level on points and also have the identical goal difference.AS Roma will also be wary of Milan’s form as they are just two points further ahead. Milan were in excellent form in their last league games as they routinely beat Bologna 5-1 at the San Siro. Alexis Saelemaekers, Hakan Calhanoglu, Ismael Bennacer, Ante Rebic and Davide Calabria all were on the scoresheet in the win. Milan will be hoping for a similar performance against Sassuolo.

Sassuolo are a side that are also in decent form over their past six games as they have won four and have failed to be beaten. They come into this fixture having drawn their last two games in Serie A, with those results coming against Juventus and Cagliari. Prior to those draws, Sassuolo had beaten Lazio and Bologna 2-1. This form has come at a little too late for Sassuolo as they are eight points behind the Europa League places at present. However, they could yet have a big say in the team that will be playing in that competition as they could hand the advantage to Napoli and AS Roma with a success over Milan.

Sassuolo haven’t beaten AC Milan in over four years, with their last success coming back in 2016. Since then, Milan have won five of the seven meetings, which also includes victories in two of the last three. Neutrals will be hoping for a better game than the one earlier in the season, which ended in a 0-0 draw.

AC Milan have been in dominant form over previous weeks, and they will be expected to continue that winning run with a success against Sassuolo. However, it will be a lot tighter than their big victory over Bologna.

Make sure to bet on Sassuolo vs AC Milan with 22Bet!