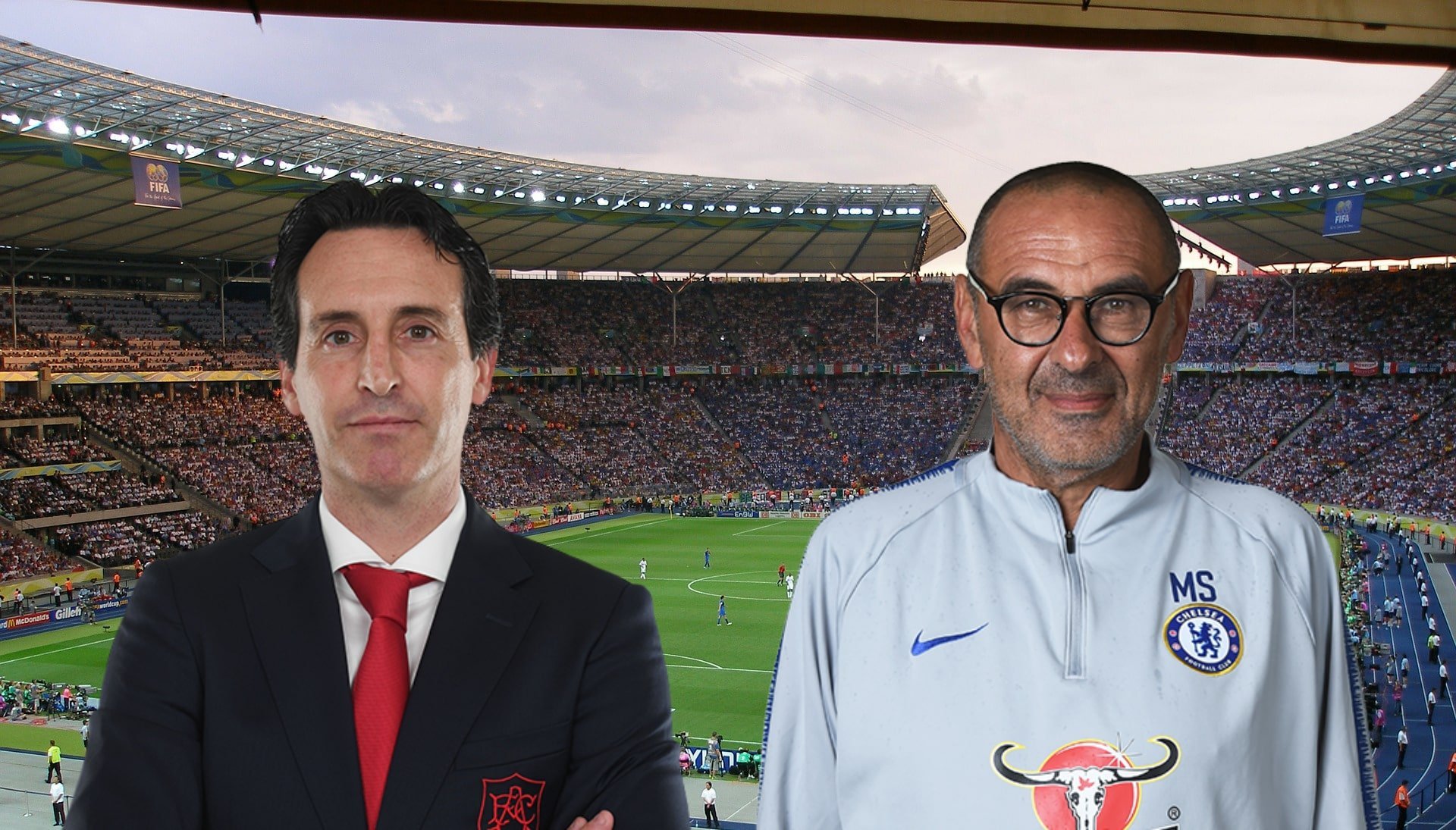 The Europa League came to a close with an all-English affair in Baku, Azerbaijan. The match itself was surrounded by a lot of problems off the field with fans critical of UEFA for allowing a significant final to be played in a country that was very difficult to get to. Not only this but in a stadium that had a capacity of 60,000; only 6,000 tickets were given to Arsenal and Chelsea fans. The talk surrounding the final took a lot of the gloss away from what should have been an entertaining final between two very good sides.

The match itself was a formality for Chelsea as they ran out 4-0 winners; delivering a one (and only) trophy for Maurizio Sarri at the club. There were heart-warming pictures after the final showing Sarri being affectionate and emotional with the win. The trophy marked the first success as a manager. It was a night to become filled with emotional farewells as Eden Hazard’s two goals in the final would be the actions in the blue of Chelsea before moving to Real Madrid a few weeks later. He had hinted at the move following the final as he told BT Sport: “We will decide in a few days and the only target in my mind tonight was to win this final,” he said. “I have made my decision already, and now I’m waiting on both clubs.

“My dream was to play in the Premier League, and I have done that for one of the biggest clubs, so maybe now it is time for a new challenge.

“I want a new challenge. Now it is up to the two clubs. We will see in the next couple of days. This is the perfect end. I want to say to the fans that I love them, they are part of my family, and I will always support Chelsea. If it is goodbye; thank you for these last seven years.”

He will undoubtedly go down as one of the finest players to ever put on the blue shirt of Chelsea and the Europa League final was a perfect parting present; in 90 minutes that highlighted just how talented the Belgium international is.

It was a damaging defeat for Arsenal in the final, and Unai Emery was hugely critical of his side after the final whistle. The Gunners didn’t keep the ball well, and all the goals that Chelsea scored could have been easily avoided. The defeat also meant that the Gunners failed to qualify for the Champions League, after also missing out on the top-four in the Premier League.

Speaking to BT Sport after the match, Emery said: “First it’s congratulation to the Chelsea, the first half we worked and played with good challenge to take a good result. We get the box with some options, some chances to score and the match was going as we can think.

“The second half the first goal changed all, we tried to keep in the match finding one goal but the second goal was challenging for us and I think it was going the things better for them. When we want to do something we didn’t find the consistency to score. The result is like that, they deserve to win, we deserve some more from the game, but we didn’t do.”

The game also marked the end to the playing career of Petr Cech. The goalkeeper was voted as the Arsenal man of the match ahead of leaving the club to take up a board position with Chelsea. Speaking to reporters after the game he was clearly disappointed with the result.

He said: “I’ve done everything, I have no regrets about today apart from we worked so hard the whole year and in the end we have nothing. It’s something this group of players doesn’t deserve. Behind the scenes, the staff, the fans can’t see how much work is done behind the scenes.”