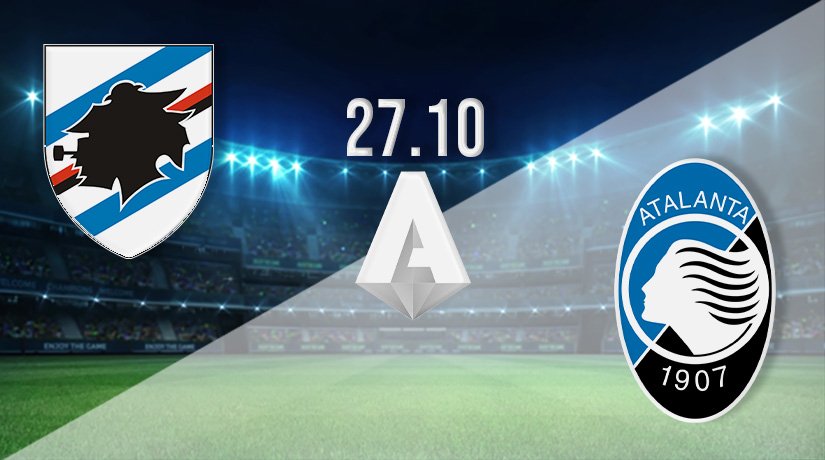 This season, the hosts have looked good on the counter but have struggled to keep a clean sheet in their last five games. For the visitors, a lack of a cutting edge in the final third has seen them give away precious points, having failed to kill off matches.

Sampdoria will head into the match well-rested with the extra 48 hours they enjoyed after their Friday match. However, the squad has struggled this season to adapt to their new manager, Roberto D’Aversa, who assumed his role in July. The home side has an aging squad which has presented problems when it comes to pressing and speed in matches.

Atalanta will have to manage without their manager on the touchline after Gian Piero Gasperini was suspended for dissent due to an altercation with the officials on Sunday. Gasperini will be choosing between two former Sampdorian forwards, Duvan Zapata and Luis Muriel.

Last time out, Sampdoria managed to eke out a 2-1 home win against Spezia. The win saw them climb out of the relegation zone. However, they are far from safety with only three points separating them from 18th place Genoa.

Before the win against Spezia, Sampdoria had gone four matches without a win, and the run of poor form has placed them in danger. Having eked out a win last time out, they will have the self-belief and motivation to fight for a positive result.

Last time out in Serie A, the visitors saw Udinese come back and score to make it a 1-1 draw. Before that, they played Manchester United in the Champions League saw the English giants fight back from 0-2 down at halftime to 3-2 at full time.

Coach Gian Piero Gasperini will go into this fixture wondering whether his men have the mettle to hold onto leads and secure three badly needed points. The Udinese comeback prevented a rise to 3rd in Serie A.

While Gasperini’s men have little trouble scoring with 15 league goals scored, their issues lie in conceding, having shipped 11 so far. The manager will be hoping to outscore the opposition, given that the attacking tactics have not had success in solidifying things at the back.

Sampdoria won two, lost three, and drawn once in their last six Serie A games. Visitors Atalanta have won three matches, drawn two, and lost once.

A Sampdoria win will signify the first time that the home team have won two consecutive matches this season. An Atalanta win will put a smile on the visitors’ faces, given that they have failed to win their last two games.

An examination of the head-to-head record between these two teams reveals Sampdoria to be the favored one.

In the last 31 encounters between them, the home team have emerged victorious 14 times, the visitors have won 13 times, and 6 of those games ended in draws. Sampdoria’s lead here is marginal, but it is still encouraging for a home team looking for any positive news to boost their spirits.

Ronaldo Viera, Valerio Verre, and Mikkel Damsgaard will all be missing through injury. The manager will also miss the services of Mohammed Ihattaren due to undisclosed personal reasons. Bartos Bereszynski is suspended.

The visitors have six players missing due to injury, and the manager will have to do without them. The six injured are Robin Gosens, Hans Hateboer, Matteo Pessina, Berat Djimsiti, Rafael Toloi (likely to play), and Merih Demiral. There are no suspensions.

The expected formation is 4-4-2 and the players may line up as follows: Audero, Augello, Colley, Yoshida, Dragusin, Candreva, Askildsen, Silva, Depaoli, Gabbiadini and Quagliarella.

The visitors are expected to line up in a 3-4-1-2 formation: Musso, Roon, Palomino, Toloi, Zappacosta, Freuler, Koopmeiners, Pasalic, Muriel, and Malinoskyi.

In the last 6 matches, Atalanta’s only loss has been to AC Milan, who occupy the 2nd position currently. The visitors have a knack for goals but are poor at defending against them. Their unbeaten away record this season is encouraging and expect them to maintain it when they take to the pitch against Sampdoria.

Even though Sampdoria managed a win last weekend, their poor run of form is a cause for concern. It is unlikely they will manage a positive result against a formidable opponent. Expect goals in the first half to match the trend for the last 16 league games. The home side have averaged 2 goals conceded per game this season, and the trend is set to continue.

The visitors are a tough team, and they will be looking forward to this fixture. This season, the home team’s form suggests that the squad lacks enough quality to compete against superior opponents. Atalanta will be confident of securing the win and climbing up the standings to pursue a Champions League spot. A struggling side provides the perfect opportunity to return to winning ways.

Make sure to bet on Sampdoria vs Atalanta with 22Bet!