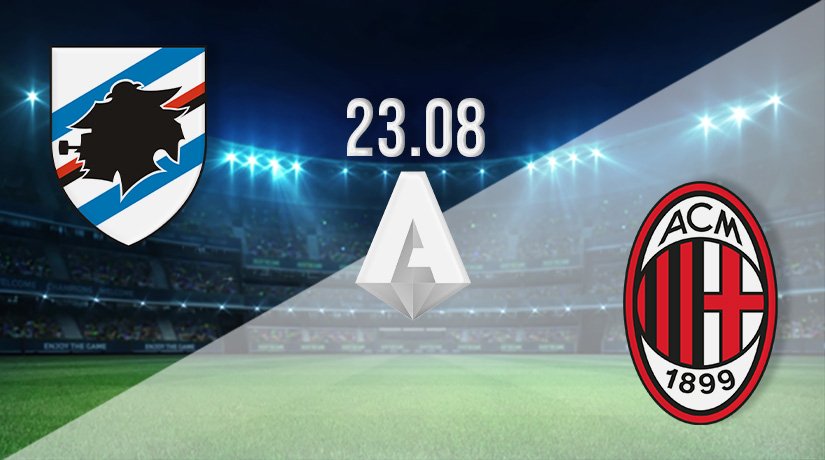 AC Milan will be hoping that they can build on their performance from 2020-21 and lay down a serious title challenge this season. They open their new campaign with a tricky looking away fixture against Sampdoria.

AC Milan finished the 2020-21 season in second in Serie A, which was their highest finish for many years. That result means that they will be back in the Champions League this season for the first time in seven years, and there is a growing feeling that Stefano Pioli is building towards something at the San Siro. While Inter Milan have been weakened this summer with the departures of a number of star players, Milan have been able to add to their squad, with some top-quality signings. Fikayo Tomori has made his loan move permanent from Chelsea, while Oliver Giroud has also swapped Stamford Bridge for the San Siro. Mike Maignan was brought in from Lille to replace the outgoing Gianluigi Donnarumma. Milan have gone pre-season unbeaten in preparation for the new season, as they have won three of the six games that they have played.

Sampdoria will be led into the 2021-22 season by new coach Roberto D’Aversa, who replaced the outgoing Claudio Ranieri over the summer. Ranieri managed to steer Sampdoria to a respectable ninth-place finish last season, and there will be hope that the Italian club can kick on this season. However, no summer business has been conducted, which means that the same squad that finished last season will be the players that Sampdoria have to call upon. Pre-season has gone well for Sampdoria, as they have won both games that they have played. They scored three goals in fixtures against Piacenza and Hellas Verona, and didn’t concede a single goal.

AC Milan are unbeaten in four matches against Sampdoria coming into the Serie A opener this weekend. The last meeting between the sides came in April, as the Italian clubs played out a 1-1 draw at the San Siro. Milan had won the previous game between the sides earlier in the season 2-1.

It will be fascinating to see AC Milan in their Serie A opener on Monday. They should have the conditioning to get the three points, but it won’t be an easy opening fixture for them.

Make sure to bet on Sampdoria vs AC Milan with 22Bet!