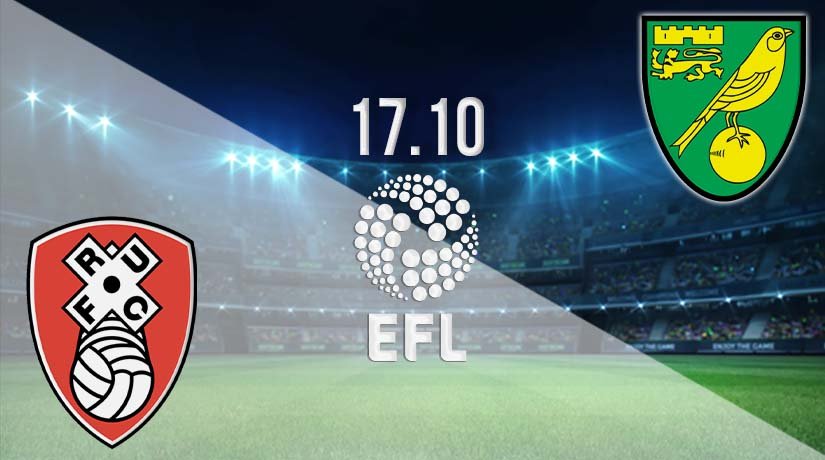 Norwich City trip to Rotherham on Saturday afternoon as the Canaries seek to collect all three points and bolster their chances of making a quickfire return to the Premier League following last season’s relegation. In their way stands a determined host who are unbeaten in their last two and desperate to climb into the top half of the table.

Rotherham haven’t enjoyed the kind of strong start some fans would have hoped for, but they have been impressive during the opening exchanges of the season. The locals can be found sitting 12th in the Championship with their stats showing one win and two draws against a single defeat, scoring three goals but conceding three at the other end. They are just two behind the promotion playoff places and two better than Derby down in 20th.

The home side prepare for this match on the back of two draws in their last two games and that will encourage all connected with the team. They rounded off September with a 1-1 finish at Birmingham City before holding Huddersfield to another two-goal share in their only other match this month. Two battling displays and they’d likely see another share as a positive result here.

The Canaries winless in three

Norwich City fans are still reeling from their poor effort last season which led to their relegation from the Premier League. The visitors are an ambitious club with the funds and players needed to make a quickfire return to the head table of English football, but the challenges of the Championship mean there are no guarantees they’ll go straight back up this season. Any success must be earned at this level.

The visitors arrive in town winless in their last three games, following a draw with defeat in each of their two most recent outings. The four points on the board means they are down in 17th place with plenty of work to do this year if they are to catapult themselves back into contention. Victory here would get them moving in the right direction.

Rotherham are unbeaten in two and enjoy home advantage which will give them confidence ahead of this clash. Norwich must improve if they are to start climbing the ladder, but they have the quality in their squad to do just that.

Make sure to bet on Rotherham vs Norwich with 22Bet!