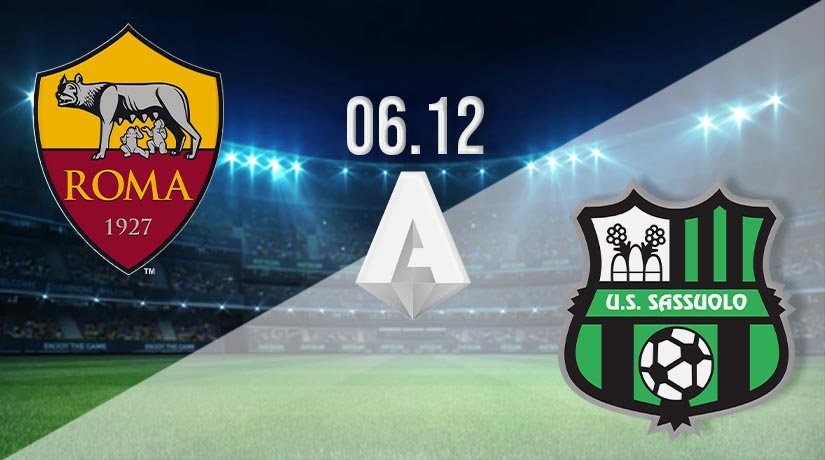 There will be a thrilling game in Serie A this weekend that will have implications on the Champions League positions as Sassuolo travel to Roma.

Sassuolo have been excellent at the start of this new season, but that run without suffering a defeat was ended last time out. Before last weekend, they had gone eight games without defeat, as they had won five and drawn three. However, all runs must come to an end, and that’s exactly what happened last weekend. They were unable to deal with the attacking threat posed by Inter Milan, and crumbled to a 3-0 defeat on the road.

They didn’t go down without a fight however, as the stats showed a completely different story from the result. Sassuolo managed three shots on target in the game, and also boasted 66% of the possession. However, Inter were dominant with their chances, and the game was effectively out of reach of Sassuolo after 14 minutes when Inter went 2-0 ahead. This will give them a chance to bounce back this weekend, as they look to emerge as one of the leading sides for a European place this season.

Roma also saw their excellent recent run of form ended last time out, as a second defeat of the season was inflicted on them. That defeat was the first in their last six games, which saw Roma win on four occasions. The defeat means that Roma slipped down to sixth in the league table, but a win this weekend could put them back into the top four at the expense of Sassuolo. Roma were soundly beaten on an emotional night in Naples last time out, as Napoli ran out comfortable 4-0 winners to pay respect to Diego Maradona.

Roma vs Sassuolo Head To Head

Sassuolo have only beaten Roma once in the past 14 meetings, with that success coming in the most recent fixture between the sides. They won that game 4-2, which was the perfect response from the defeat that they suffered against Roma earlier in the season, which was the same scoreline.

There is very little between these two sides, and that means that gamblers will have their work cut out trying to pick a winner. Sassuolo’s result last time out would have been a disappointment and they would have likely learnt their lesson. A draw could be a decent result for both sides.

Make sure to bet on Roma vs Sassuolo with 22Bet.