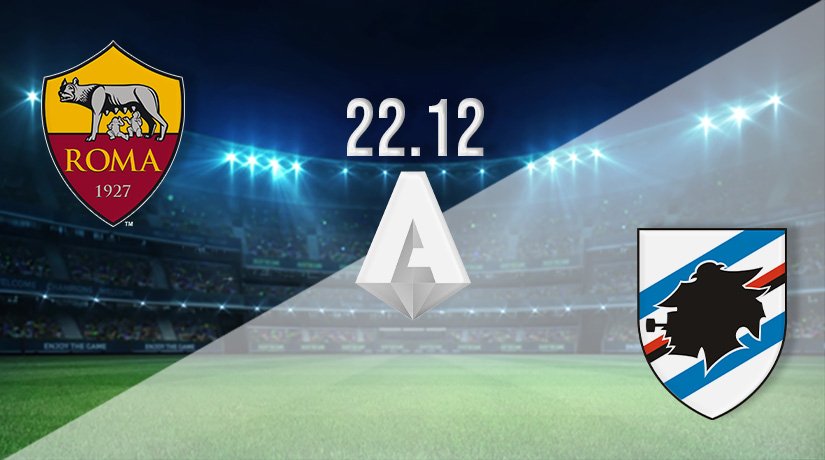 Jose Mourinho will be hoping that his Roma side can end the calendar year on a high this week, as they play their final Serie A fixture of 2021 against Sampdoria at the Stadio Olimpico.

Roma are certainly back in the challenge for a European place this season, as they have won each of their last two fixtures to move up to fifth in the standings. However, they will need to maintain that form if they are to finish in a Champions League place this term, as they are still six points behind Atalanta as we get to the half way stage of the 2021-22 season.

Recent form has been pretty strong by Roma, as they have won three of their last five games, which includes back-to-back wins in recent weeks. Roma put in their best performance of the season last weekend, as they hammered Atalanta 4-1 away from home. Tammy Abraham continued his excellent start to the season by scoring twice in the victory, while his compatriot Chris Smalling also got on the scoresheet. Nicolo Zaniolo also found the net in the big win for Roma.

The visitors this week have moved clear of the relegation places in their last five games, as they are now sitting nine clear of Genoa. That is a pretty healthy advantage to be taking into the second half of the season, and there should be confidence within the squad that they could challenge for a top half finish this season.

Roma vs Sampdoria Head to Head

Sampdoria picked up a victory over Roma in the last meeting between these two sides at the back end of last season. That ended a five-game wait for a success against Roma. Roma had won four of the previous five before that win for Sampdoria.

Mourinho will be hoping that his side can end the calendar year with some excellent form, and a third straight win would certainly put them into a strong position ahead of the second half of the season. We expect the hosts to claim the points here.

Make sure to bet on Roma vs Sampdoria with 22Bet!