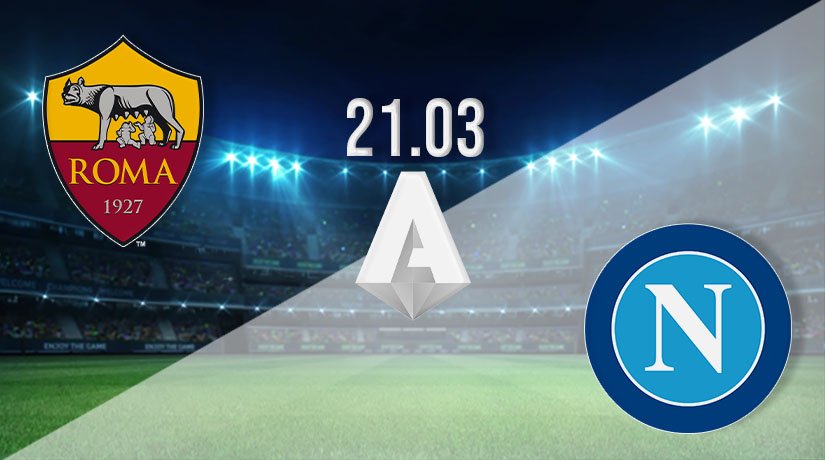 An intriguing match comes from the Italian Serie A on Sunday as Roma and Napoli clash in a match set to be shown live on television from 19:45 GMT. There’s all to play for here with the locals pushing for a top-four finish and spot in next season’s Champions League while Napoli are also hoping to end in the prize places. The teams are even on 50 points heading into the week and this should be competitive.

Napoli claimed the bragging rights for fans when last facing off against Roma back in November. They eased to a memorable 4-0 home victory. That result meant Roma haven’t beaten Napoli in their last two meetings, a run stretching back to November 2019 when winning 2-1 here. Which team will end on top and boost their chances of playing Champions League football in the summer?

Roma suffer a dip in form

Roma started the week sitting sixth in Serie A with their form for the season showing 15 wins and five draws against seven defeats. The home team have scored 51 goals in that time but the fact they have already conceded 40 shows why they aren’t higher in the table. 40 goals leaked is 11 more than their opponents at this stage and that will be a source of frustration for supporters.

Their recent form has been somewhat patchy with only two wins in their last five attempts, losing two and drawing the spare. They were beaten 2-0 away to Parma last weekend despite many pundits predicting they would return home with all three points. Improvement is needed if they are to trouble Napoli in this game.

Napoli proved their worth when beating Milan

Napoli make this trip also sitting on 50 points which means they are two behind Atalanta and a place in the top-four. There is still plenty of football to be played in the coming weeks and nothing has been decided at either end of the league. Napoli will believe they have the big game experience to continue winning and secure a place in the Champions League for the summer. Winning this match would move them a step closer to achieving that.

Napoli boast better form than their hosts and are unbeaten in their last four games heading into the week. That run is made up of three wins and a draw with Napoli taking six points in their last two outings. They beat AC Milan 1-0 away from home last time proving just what this team is capable of when playing their best football.

There is little between the teams in terms of form this season, but Napoli did win the previous meeting without fuss. The visitors also boast the better recent form of the two, but Roma have the home advantage. This is sure to be a competitive and entertaining 90 minutes of football involving two confident sides.

Make sure to bet on Roma vs Napoli with 22Bet!