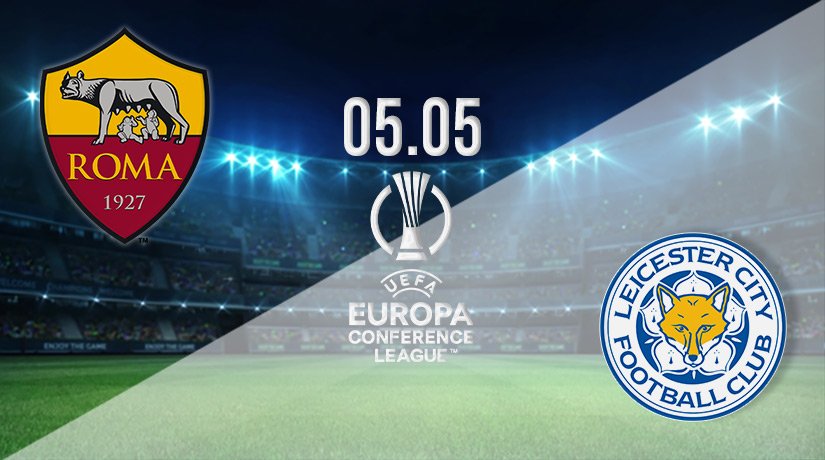 The biggest fixture at the semi-final stage of the Europa Conference League will see Leicester City look to edge past AS Roma. There was nothing to separate the sides in the first meeting last week, as the Premier League and Serie A sides played out a 1-1 draw at the King Power Stadium.

There was nothing between the sides last week, which means that it will be winner-take-all at the Stadio Olimpico this Thursday evening. Roma will have home advantage, as they look to once again make that count. Their home advantage was crucial in the previous two rounds, as they have been able to see out the ties that they were playing.

It was especially vital in the quarterfinals of the competition, as they managed to win the second leg in Italy 4-0 after losing away from home against Bodo/Glimt. They are yet to lose in five fixtures at the Stadio Olimpico in the Europa Conference League, but this will certainly be their biggest test to date.

Leicester weren’t able to make home advantage count in their first leg, as they could only score late to earn a 1-1 draw. They needed a helping hand to save the draw, as Gianluca Mancini scored a late own goal with just over 20 minutes remaining. Roma had gone ahead very early in the first leg, as Lorenzo Pellegrini opened the scoring after just 15 minutes.

The Foxes have shown their quality on the road in the competition this season though, as they won 3-1 away from home against Danish side Randers, and also completed the job in the quarterfinals in their away tie against PSV. But, this is a much more daunting proposition ahead of them this week against Jose Mourinho’s Roma.

This will only be the second time that Roma and Leicester have clashed against each other. Neither side have yet pick up a victory in this fixture, with the only previous meeting between the sides ending in a 1-1 draw last week.

This isn’t an easy fixture to call, as both sides are capable of recording the victory if they are at their best. Leicester will need to keep it tight in the opening stages, while Roma will once again be looking to hit on the counter attack. For that reason, we could see the game going to extra time, before the Italians to score the only goal in the game.

Make sure to bet on Roma vs Leicester City with 22Bet!