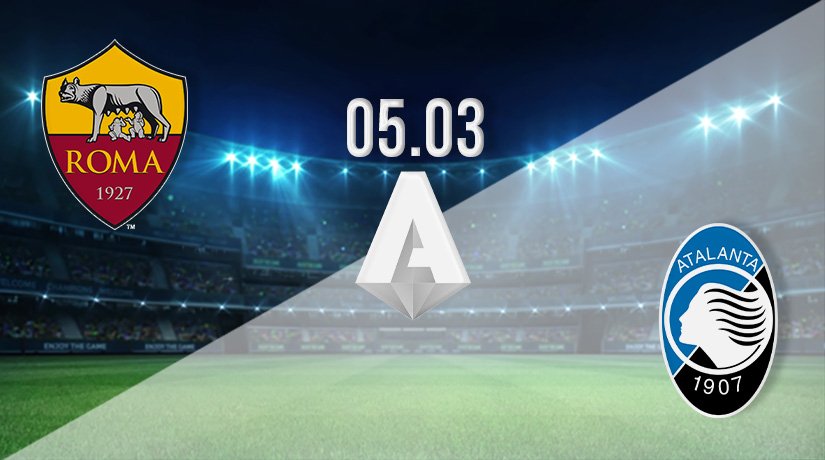 Separated by three points on the Serie A table, Roma and Atalanta will lock horns on Saturday at 18:00 GMT as they both seek to fight for a berth in the top four and with it Champions League participation next week.

Can Roma Extend their Unbeaten Run in Serie A to 7 Matches?

Jose Mourinho’s Roma are unbeaten in six Serie A matches as they look to step up their pursuit of a top four berth in the run-in.

Roma go into the clash with Atalanta on the back of a dramatic 1-0 win over Spezia, with the goal arriving in the 99th minute via a Tammy Abraham penalty. This is despite the fact that Spezia played with ten men for the second half.

Mourinho will need to have his side at its best to take on Atalanta, who are coming into form, especially since they have a game in hand over Juventus in fourth and Roma in 6th.

Can Atalanta Make Two Serie A Wins in a Row to Step Up their Push for Champions League Qualification?

Gian Piero Gasperini will be looking to steady the form of Atalanta as they seek to overhaul Juventus into the top four and keep Roma at bay.

The match against Roma on Saturday presents an opportunity for Atalanta to win a second consecutive Serie A match, after ending their five-match winless run with a thumping 4-0 win over Sampdoria.

Jose Mourinho’s men are unbeaten in Serie A in the last six rounds of fixtures. In this run, they have won three matches and drawn the other three. They have hauled 12 points from the available 18.

Mourinho will be looking at attaining consistency in his side’s performances as he seeks to firm up their ability to fight for the top four in the run-in.

Gasperini’s men have won only once in the last six rounds of Serie A outings. This came in the 4-0 win over Sampdoria last time out.

This run includes three draws and two losses, which mean that Atalanta have collected six points and dropped 12 in the process.

This run of form has hampered their fight for the top four, as it has seen them surrender the fourth position on the table to Juventus and invite pressure from the chasing pack of Roma and Lazio.

Jose Mourinho will be without 28-year-old left-back Leonardo Spinazzola, who suffered a ruptured Achilles tendon in July, 2021 and is expected to be back in April, 2022.

Central midfielder Sergio Oliveira is also a doubt for the clash with Atalanta on Saturday as he recovers from Heel Pain, which has side-lined him since February 25th.

Centre-forward Felix Afena-Gyan is also a massive doubt for Saturday’s clash as he recovers from a bruised hip.

Gasperini will be without centre-forward Duvan Zapata, as the 30-year-old is side-lined with a pulled hamstring since February 7th.

Striker Josip Ilicic is also unavailable, with the 34-year-old side-lined with a case of depression.

Left winger Bryan Cabezas ruptured his cruciate ligament in November 2021, which means he is likely out of the clash with Roma this Saturday.

The English international has grabbed 18goals and three assists in 32 appearances for Roma this season. His goals will be crucial for Roma as they seek to overhaul Atalanta on the table and boost their chase for a top-four berth.

Pasalic has 10 goals and six assists for Atalanta this season. With Duvan Zapata injured, Pasalic will play a crucial role for Atalanta against Roma on Saturday.

Expect Atalanta to dominate possession and territory. Roma will be compact and pragmatic in their approach, with heavy reliance on counter-attacking through wide players or Tammy Abraham.

A draw is the most likely result for this clash.