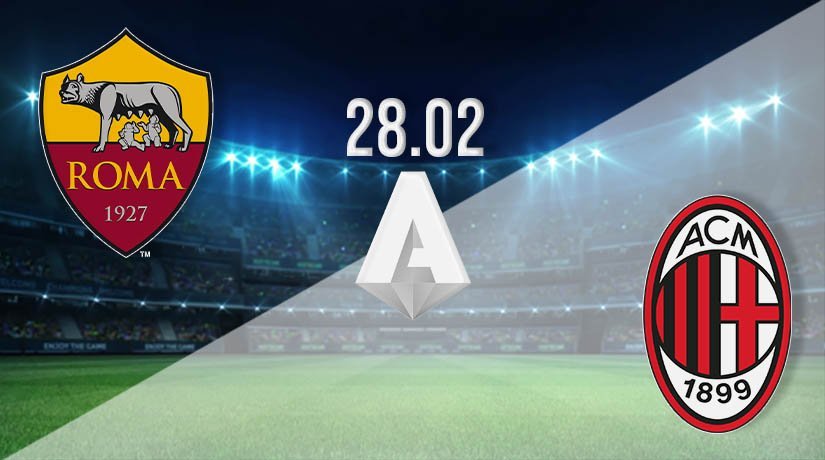 The race for the Serie A title resumes following the midweek break for Champions League and Europa League fixtures. AC Milan head to Roma on Sunday as part of a bumper six-game schedule from the top tier of Italian football. This game tops the bill with a 19:45 GMT kick-off time and a large TV audience is expected.

Seems like it’s gonna be an exciting game with two really strong competitors. No one is ready to retreat. If you don’t know whom to prefer but still want to try your luck, just download the 22Bet live betting app, track the game and live results until it’s time for your bet.

Armchair fans hope this game lives up to the excitement these teams produced earlier in the season when producing a six-goal thriller back in autumn. That game ended in a 3-3 draw with Roma needing a late equaliser from Kumbulla to ensure they got the point their efforts deserved. Is another goal-fest on the cards here?

Roma suffer a dip in form

Roma started the week third in Serie A but a recent dip in form has seen them drop nine points off the pace. They have won 13 and drawn five of their first 23 games this season, scoring 47 goals while conceding 35. Interestingly, Roma have found the net more times than AC Milan who are second but must rediscover the consistency needed to challenge for the title. Anything less than three points here would surely end their hopes of a top-two finish.

The home team enter this match on the back of a draw with Benevento last Sunday. It was a match they were expected to take all three points from but lacked composure in attacking areas of the field and failed to hit the net, stumbling to a goalless draw. That result meant Roma have failed to score in two of their last three league starts.

AC Milan began the latest round of fixtures with 49 points on the board which is only four less than current leaders and derby rivals Inter Milan. The visitors are in the mix to win the Serie A title and it would be made even sweeter if they were to snatch it from their neighbours in the closing stages of the campaign. Milan have won 15, drawn four and lost four, scoring 45 and conceding 28.

Despite sitting second in the table AC Milan’s recent form is poor and they have lost three of their last five games, taking no points from the last six available to them. AC suffered a surprise 2-0 loss away to Spezia and followed that with a punishing 3-0 home defeat against Inter Milan at the weekend. They must bounce back, and they must do it at the first time of asking.

The pressure is on both teams to land the points here and that should make this game interesting, if not a little nervy. AC Milan are on the ropes and know they must bag all three points in response to that painful loss suffered against Inter Milan. All the pressure is on the away dressing room.

Make sure to bet on Roma vs AC Milan with 22Bet!