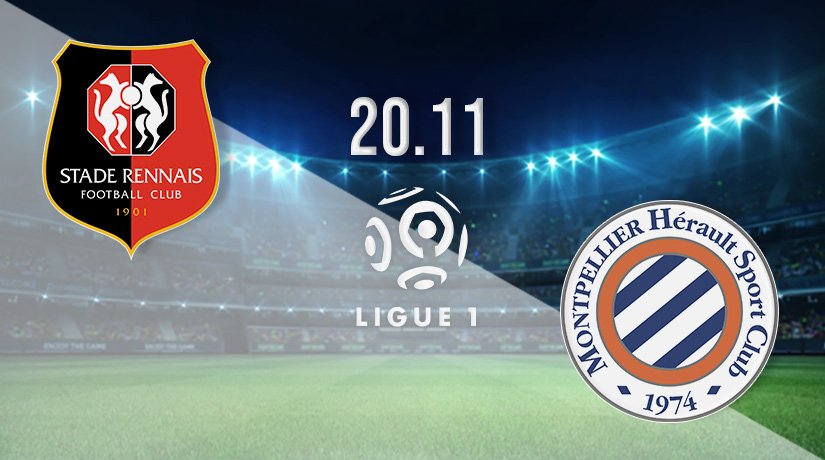 Rennes and Montpellier are both locked in the top six in Ligue 1 coming into the fixtures this weekend. Victory for the hosts could lift them into the Champions League places, while the visitors will be looking to close their gap on the top three to a single point.

One of the most interesting battles in the French top-flight is always the one that centres around the fight for the European spots. It is already shaping up to be another interesting battle this season, with no shortage of teams involved. Both Rennes and Montpellier are likely to be involved in that showdown, and both will be looking for the points to further their cases this weekend.

Rennes have been chipping away at the difference between themselves and the Champions League places for the last couple of weeks, and victory this weekend could see them enter the top three. They are the in-form side in the division at present, as they are unbeaten in five, and have won on four occasions during that run. Rennes won for the fourth time in five before the international break, as they hammered Lyon 4-1. Adrien Truffert scored a brace in that famous big win.

Montpellier are currently in sixth coming into this round of Ligue 1 fixture. However, a win for them could see them enter the top five in the standings. They have won their last two in France, which has seen them move ahead of both Lyon and Strasbourg.

They have won their last two games without conceding a goal, which includes the 1-0 win that they recorded on the road against Nice at the beginning of November. Montpellier showed excellent character in that victory, as they scored the winning goal with just ten minutes remaining through Florent Mollet.

Rennes vs Montpellier Head to Head

Montpellier ended a nine-match wait for a victory against Rennes last season, as they won their home fixture 2-1. That victory ended a three-game winning run for the hosts this weekend. During that run, Rennes had scored eight goals, while Montpellier had scored just once.

Rennes come into this match in the better form, and with the added incentive that a victory would lift them into the Champions League places. Montpellier have a fine defensive record in recent weeks, but we can see the hosts claiming a hard-fought 1-0 win.

Make sure to bet on Rennes vs Montpellier with 22Bet!