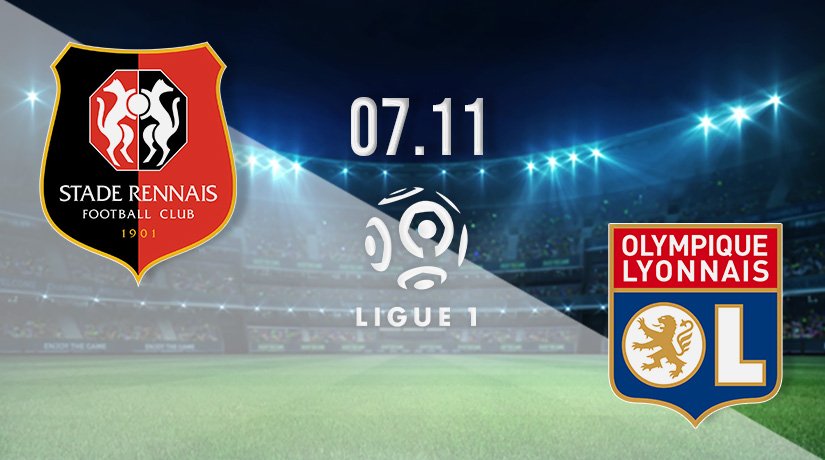 The final game in France before the international break on Sunday evening will see Rennes play host to Lyon. The sides are very close in the standings, with Rennes just a place above Lyon.

Rennes come into the Ligue 1 round of fixtures in fine form, as they are unbeaten in their last five. That run of form has seen them climb the standings to sit in fifth place overall. They are just three points off the Champions League places, and could be a serious challenger for them spots if they can maintain the form that they have shown in recent weeks.

Rennes have won three games in four coming into this match against Lyon. They are still level on points with their opponents this weekend, but their form is superior. Rennes couldn’t make it four wins on the bounce last weekend, as they were held by Troyes.

They took the lead in that match through Nayed Aguerd after nine minutes, before allowing Troyes to seize control and move into a 2-1 lead before the break. However, Rennes equalised late in the game to maintain their unbeaten run, as Martin Terrier fired home.

The target, as always, for Lyon is a place in the Champions League. They currently find themselves in sixth in Ligue 1 after 12 rounds of fixtures, but they have won two games in three coming into this huge fixture.

Lyon knocked off the high-flying Lens in their last game in Ligue 1, as they scored twice in the first half before defending excellently to see out the win. Karl Toko Ekambi struck first for Lyon, as he scored from the penalty spot after 25 minutes. Houssem Aouar effectively sealed the win five minutes before the break.

Rennes vs Lyon Head to Head

Lyon’s record against Rennes isn’t the strongest, as they have beaten their opponents this weekend on just two occasions in the previous six meetings. Rennes have won three times during the same run of games. However, Lyon did win the last meeting between the sides last season, as they came out on top with 1-0 success.

This is a match that could go either way depending on which team turns up. However, Rennes currently league form is hard to look past, as they have been climbing up the table at an impressive rate. We narrowly give them the preference to take the win on Sunday.

Make sure to bet on Rennes vs Lyon with 22Bet!