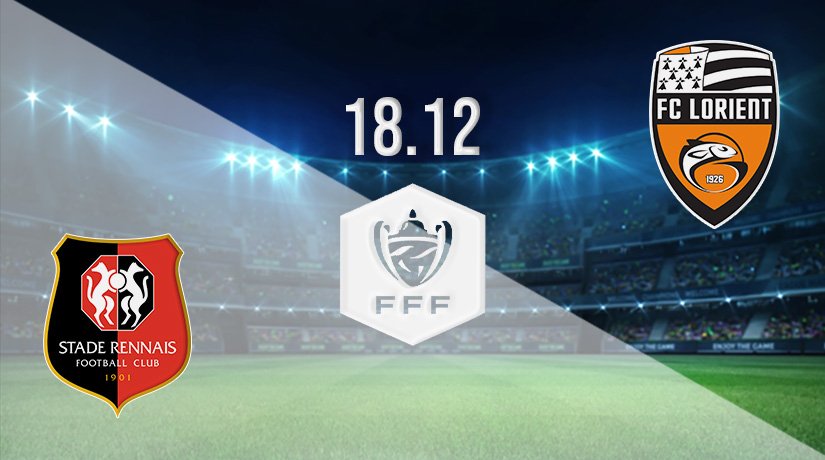 Rennes and Lorient both enter the Coupe de France in the round of 64 stage this weekend, but only one of the sides will be able to make it through to the next round of the competition. However, will the high-flying Rennes be able to see off struggling Lorient?

You don’t have to go that far back for Rennes last victory in the Coupe de France, as they were crowned champions of the competition for the first time since 1971 in 2019. They have finished the competition as runners-up on two occasions since 2008, with the most recent of those coming in 2014.

They are certainly expected to be a team that could go far in the competition this season, as they have been performing excellently both in the Europa Conference League and Ligue 1. Rennes are currently third in the Ligue 1 standings, and have a one point advantage in the race for Champions League qualification. Meanwhile, they assured their place in the next round of the Europa Conference League after topping a group that also included Premier League side Tottenham Hotspur. However, they have lost two of their previous three domestic fixtures.

The cup will likely be a very welcome distraction from Ligue 1 for Lorient this weekend, as they have been struggling throughout the season. They have won just three of the 18 games that they have played this season, and are currently second bottom in the standings.

They are also in the worst form of any side in Ligue 1 at present, as they have lost their last five fixtures in the French domestic league. Lorient are also the lowest scorers in the league, having scored just 14 goals to this point, which means that they are averaging less than a goal a game.

Rennes vs Lorient Head to Head

These two sides last met in the Coupe de France in the 2008-09 season. On that occasion, Rennes progressed following a 3-0 success. The other cup meeting between the sides came in the season before, as Lorient got the victory to reach the next round.

It will be a welcome break from league action for Lorient, but it’s still hard to see past Rennes reaching the next round based on the performances that we have seen from them to this point of the season.

Make sure to bet on Rennes vs Lorient with 22Bet!