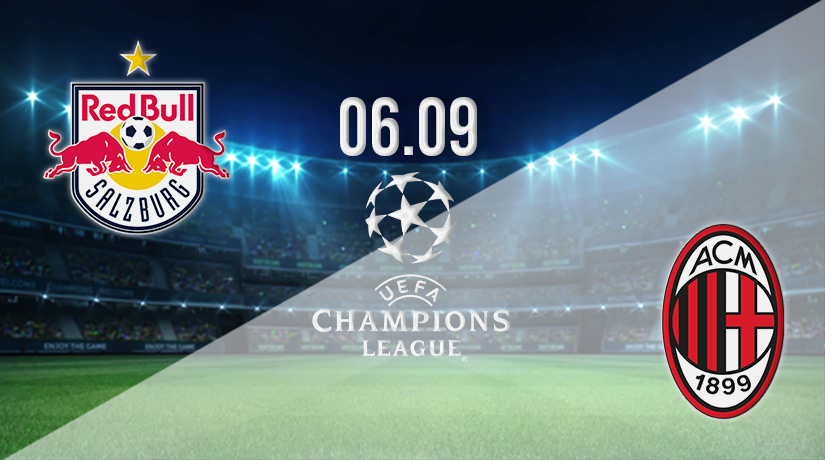 The Champions League action in Group E kicks off on Tuesday when Italian champions AC Milan travel to Austria to face the Austria league winners RB Salzburg at the Red Bull Arena Salzburg at 20:00 GMT.

Can RB Salzburg Lay Down a Marker with a Win against Milan?

RB Salzburg will be wary of the threat posed by the Serie A champions. However, the Austrian champions will be confident that they can display a performance that can not only trouble Milan but is sufficient to take all three points on Tuesday.

Matthias Jaissle will be looking to have his team primed for a high-energy and high-intensity match against Milan. The manager understands that home matches will be crucial if they are to stand a chance of qualifying from Group E.

The match against Milan will serve as a template for how they will handle home matches, especially given the level of test that the Italian club is expected to offer on Tuesday.

Can AC Milan Get Off to a Winning Start on Tuesday?

Having started the defense of their Italian Serie A title with two wins and two draws, and currently lying 6th on the table, AC Milan will be looking to make a better start to their Champions League campaign when they clash with RB Salzburg on Tuesday.

Stefano Pioli will focus on getting his team organized and motivated to give their best performance away from home to get three important points. Milan will seek to adopt an attacking approach to this game while maintaining a strong defensive structure.

Playing away from home will pose a challenge of defense versus attack. With RB Salzburg likely to attack them, Milan will be wary of the transitions and leaving too much space behind the ball.

Salzburg have collected 15 points out of the available 18 in the opening five rounds of fixtures in the Austrian Bundesliga. They currently sit second on the table, a point behind league leaders LASK.

They have won four times and lost once in the opening matches. The last time they lost was in the clash away to SK Sturm Graz, which ended in a 2-1 reverse.

RB Salzburg have bounced back with four straight victories in the Bundesliga. They have scored 12 goals while conceding once in this run.

Matthias Jaissle will be looking to leverage this good form to get his side motivated and ready to face AC Milan; especially in dealing with the offensive threat that the Italian side will pose on Tuesday.

Milan started the defense of their Serie A title with a thrilling 4-2 win over Udinese at the San Siro. However, they were held to a 1-1 draw away to Atalanta in their second match.

Pioli’s side then beat Bologna 2-0 at the San Siro, before dropping points away to Sassuolo in a barren 0-0 draw.

Although they are unbeaten in their opening four matches, the Rossoneri will be looking to improve their away from when they face RB Salzburg on Tuesday.

Both of their away matches have ended in draws, which highlights the need for Pioli to improve performances and attitude to start winning away from the San Siro.

The 22-year-old Swiss forward has grabbed three goals in six appearances for RB Salzburg in the Austrian Bundesliga this season.

His partnership with Fernando and Sucic up front has been crucial for Salzburg in their attacking approach. His creativity, pace, and passing are important in linking up dangerously with other attackers and causing opponents problems.

Okafor will be crucial in the clash with AC Milan on Tuesday; this is especially the case because Salzburg will need to press with intensity and use their passing to attack with pace. Okafor will be an important outlet in the forward areas.

The 23-year-old Portuguese attacker is an important cog for the Milan attack. His pace down the wide areas can be instrumental in their creative attacking process.

Leao uses his pace, dribbling, and directness to cause his opponents problems. His dynamism in attacking areas is important in allowing other players in the Milan attack and midfield to have chances to create and take chances.

Leao will be instrumental in the Milan game plan when they face Salzburg on Tuesday. His one goal in four appearances for Milan in the Serie A shows that he also has an end product to his game.

Pioli will need his player to bet at his best if they are to take the three points they want from Austria.

Salzburg will adopt a high-energy and high-tempo approach to the match; they will employ high-pressing, counter-pressing, and fast transitions to undo the Milan midfield and defense and create goal-scoring chances.

Milan will be pragmatic in their approach and will focus on counter-attacks to cause Salzburg problems.

With their current form and the fact that they play at home, Salzburg will cause an upset and win this match.

Make sure to bet on FC Red Bull Salzburg vs AC Milan  with 22Bet!