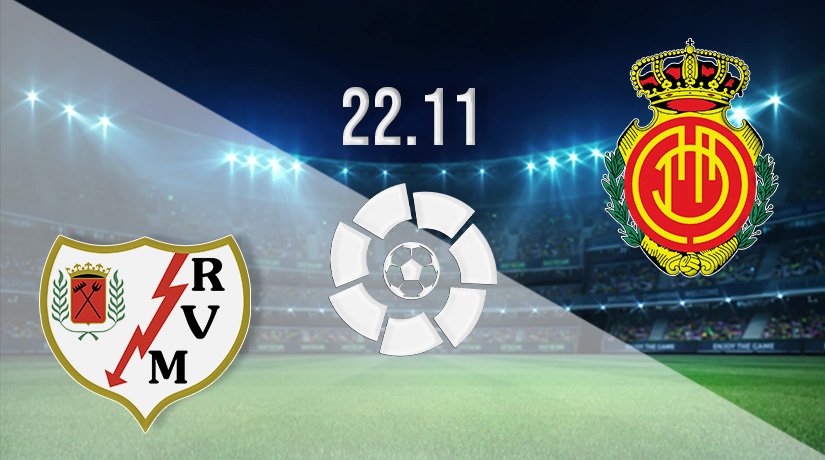 Monday night football in the Spanish top-flight takes place at the Estadio de Vallecas, as Real Vallecano look to maintain their very strong start to the 2021-22 season with a win against Mallorca at home.

It has been an excellent start to the 2021-22 season for Ray Vallecano. They have immediately eased any worries that they could be dragged into a relegation scrap, and have already picked up 20 points from the 13 games that they have played. European football could be on the agenda for them this season, but they will need to bounce back after going two without a win.

Vallecano have lost two of their last four games in the Spanish top-flight, which means that they will need to recover their form and bounce back to the wins that they were recording earlier in the campaign.

Vallecano were beaten in their last game by Real Madrid. They started slowly in that fixture, and allowed Real to pull ahead into a 2-0 lead after just 40 minutes. There was at least a response in the second half, as Radamel Falcao continued his resurgence with a strike with 14 minutes remaining.

Mallorca have been the draw specialists in La Liga in recent weeks, as they have picked up draws in each of their last four games. However, they will need wins to move up the table quicker. They have managed just three wins from 13 games so far this season, which will be something that fans will be hoping is addressed.

Mallorca at least have a bit of a buffer between themselves and the relegation places, as they are four points clear of the drop coming into the winter period. They drew 2-2 against Elche in their last fixture, with Pablo Maffeo scoring the equaliser in the fifth minute of injury time.

This will be the first top-flight meeting between the sides since the 2012-13 season. Last season, the clubs met in the Segunda Division, with both claiming a win apiece. The travelling side on both occasions claimed the points, with Mallorca winning away from home 3-1 in the most recent match.

Vallecano have been outstanding to this point in Spain. We can see them getting a success over their rivals on Monday night to bounce back to winning ways after a disappointing run of form.

Make sure to bet on Rayo Vallecano vs Mallorca with 22Bet!