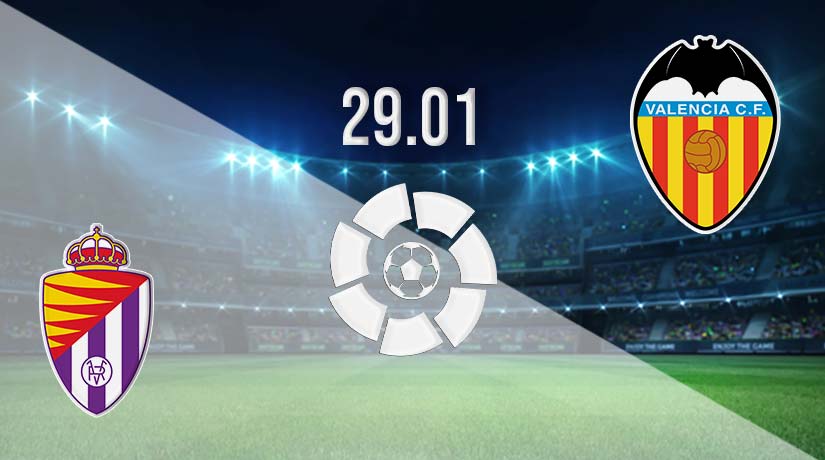 There will be interesting action in La Liga on Sunday, as Real Valladolid look to pick up vital points that would steer them away from the drop zone. However, Valencia will be the visitors this weekend, as they bid to end a three-game wait for a victory.

The attention will be on the bottom of the standings in La Liga on Sunday, as Real Valladolid look to put an extremely disappointing run of results behind them. The Spanish side currently sits 18th in the standings, but they are level on points with the two teams directly above them. However, Valladolid come into this fixture having lost their previous five games in the league.

Their most recent loss was suffered last weekend, as they were easily beaten 3-0 by Atletico Madrid away from home. They fell apart quickly in that game, and allowed Atletico to score three goals in a ten-minute spell. Valladolid offered little by way of a response, as they managed just a single shot on target in 90 minutes.

Valencia is one of a number of teams that will need to be very careful. They currently sit 12th in the standings, but they are just three points clear of the relegation places. The Spanish side hasn’t found any form since their return to action, as they have failed to win in their previous three matches in La Liga.

However, they at least avoided losing for a third game running last weekend, as they earned a 2-2 draw against Almeria. Justin Kluivert scored the opening goal early in the second half, before Jose Gaya put Valencia back after just after the hour mark. Ultimately, they needed to settle for a point after Almeria struck back with 16 minutes remaining.

This is a very difficult game to call on Sunday, as both Valencia and Real Valladolid have been unable to pick up a victory since play resumed in La Liga. However, Valladolid has been very easy to attack in recent weeks, and we could see the visitors ending their difficult run by picking up maximum points.

Make sure to bet on Real Valladolid vs Valencia with 22Bet!