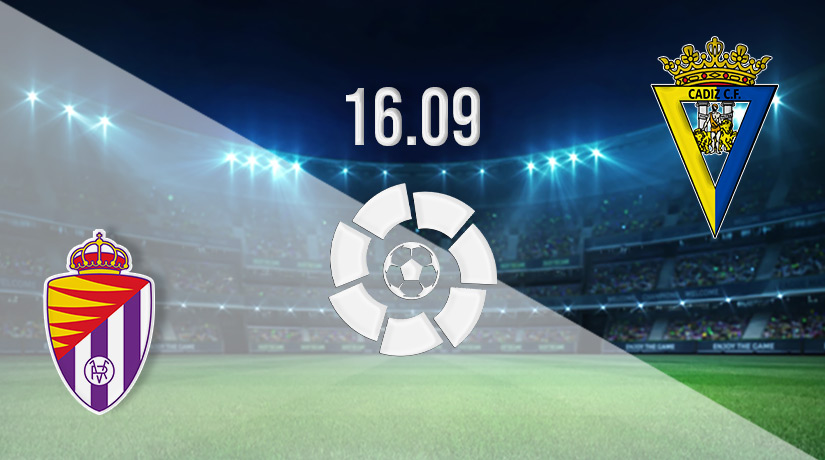 There will be a huge fixture at the bottom of the La Liga standings on Friday evening, as both Real Valladolid and Cadiz will be looking for a victory to move away from the relegation places in the Spanish top flight.

It has been a difficult start to the new season for both Real Valladolid and Cadiz in La Liga, as both sides find themselves towards the bottom of the league standings at this very early stage. Both sides will be aware that they will need to change their fortunes, as a run of defeats could see them having too much to do in the second half of the campaign.

Valladolid has home advantage this weekend, and they will be optimistic of claiming the victory that they need to move up the league standings. They come into this fixture sitting 17th, as they have won just once from the opening five fixtures of the season.

Valladolid were beaten in their last league fixture in Spain, as they lost 2-1 away from home against Girona. The only goal for the away side in that fixture was scored by Monchu after 38 minutes. However, the points were taken by Girona in the final ten minutes.

Cadiz come into this fixture as one of two sides that are still looking for a first victory of the new season. They currently sit at the bottom of the standings, as they have lost all five fixtures that they have played to this point. Furthermore, they are yet to score a goal this term, and have allowed 15.

Their latest defeat was a 4-0 loss at home against Barcelona. There was a clear gulf between the two sides, as Cadiz failed to register a single shot on target, and had just 29% of the possession.

Valladolid’s record in this fixture is extremely weak, as they have lost their previous eight meetings against Cadiz. The last six matches have all ended in draws. At home, Valladolid has suffered just one defeat in ten La Liga fixtures against Cadiz.

Cadiz look miles off the pace in La Liga this season, and that doesn’t bode well for this fixture on Friday. We like Valladolid’s chances of recording a second win of the season, but there may only be one goal between the two sides.

Make sure to bet on Real Valladolid vs Cadiz with 22Bet!